Updated On January 18, 2023 | Published By: Aastha Kirlov
Share this
Married 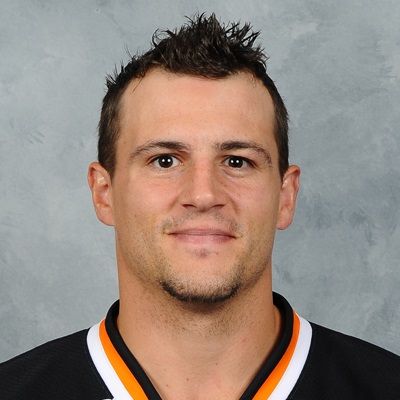 “I think it is and it isn’t. Right now I think we’re ahead of schedule as far as rehab goes, so I think it helps in some ways too. It can hurt you if you go too hard when you’re not supposed to, but right now it’s been going good that I’ve been pushing it, and we hope to continue the early recovery here. I’m excited to hopefully be pain-free and feel like my old self.” “I left home about 15 years ago to come to play in Sarnia, met a girl here, married her and we’ve been living here ever since. We love it, we’re going to raise our kids here, Sarnia will always be home when hockey is done.” “We had some great fans in San Jose, and I’m expecting something similar to the Panthers. They might not play the game themselves, but they love it, hockey is big there,”

What is the relationship of Micheal Haley?

Micheal Haley’s relationship status is married. He exchanged vows with Stephanie Haley. However, their wedding details are not disclosed.

They have two sons. The older son’s name is Hudson he was born in 2013.

Who is Micheal Haley?

Micheal Haley is a Canadian ice hockey player. He currently plays in a forward position for the New York Rangers of the National Hockey League (NHL).

Haley was born on March 30, 1986, in Guelph, Ontario, Canada. He has Caucasian ancestry.

Details about his father, mother, and academics are not yet disclosed.

On May 19, 2008, Micheal started his professional career by signing a two-way contract with New York Islanders.

Later on July 1, 2012, Haley signed a two-year contract with Islanders rival, the New York Rangers as a free agent. He played for the organization for two seasons.

In his third season in the Sharks organization in the 2016-17 season, he played his first full season in the NHL, recording a career-best 2 goals, 10 assists, and 12 points in 58 contests, while leading the Sharks in penalty minutes with 128.

On July 1, 2017, Haley left the Sharks as a free agent and signed a two-year, $1.65 million contract with the Florida Panthers.

During the final year of his contract with the Panthers in the 2018-19 season, Haley played 24 games before he was placed on waivers by Florida on February 19, 2019.

The following day, he was claimed, returning for a second stint with the San Jose Sharks on February 20, 2019.

Net Worth and Salary of Micheal Haley

The NHL player’s net worth is $2 million US approximately.

Micheal Haley has brown eyes with brown hair. He is 5 feet and 10 inches tall and weighs around 93 Kg.

In 2013, Michael suffered from a sports hernia and had to do surgery on November 23. The surgery made him face a five-week rehab.

The time was painful for the player but he got to spend more time with his wife and son(four-month-old then).

He stated; “He’s (Hudson) at the age where every day is different and he’s learning something. So, that’s been great, just taking the time to enjoy family, and it’s a great time of year, too, for family.  Just heal up and come back mentally and physically ready.”