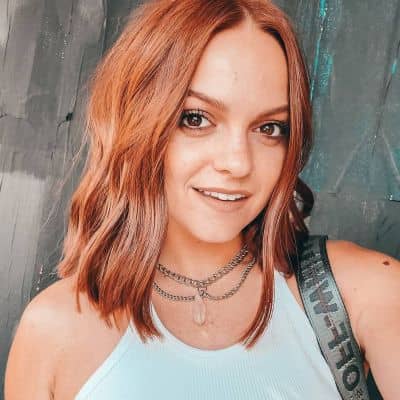 Michelle DeFraites is living a blissful conjugal life. She is married to an actor, T.C. Carter.

The beautiful couple tied the wedding knot in the year 2019. However, their specific wedding date isn’t available in the media.

Michelle DeFraites is an American actress, singer, and model.

She is best known for starring in the Lifetime TV movie, ‘Pregnancy Pact’, and Disney Channel shows like ‘Good Lock Charlie’ and ‘The Suite Life on Deck’.

Michelle was born on May 29, 1993, as Michelle Renae DeFraites. She hails from Slidell, Louisiana, USA.

The name of his father is Syd DeFraites whereas her mother’s identity is still under review. She has a younger sister named Sam Fraites.

Her academic background is also under the curtains.

In 2010, Michelle was cast in the role of Karissa in Rosemary Rodriguez’s film, The Pregnancy Pact. She then made an appearance in a 2012 TV movie, Strawberry Summer where she portrayed the role of Kara Wright.

In 2014, DeFraites worked in two TV movies, Deadly Daycare as Rebecca and  Jennifer Meyers in Taken Away.

Moreover, she appeared in other films like All The Creatures Were Stirring (2018), Drama Drama, The Student, Kosher Pig, Bloodline, City Bus, Kosher Pig, and The Deal.

Michelle has managed to maintain a clean profile to date. She hasn’t been part of any sort of rumors and controversy that create headlines in the media.

Michelle has earned a decent amount of wealth from her profession. She is living a lavish lifestyle.

However, she hasn’t yet disclosed her precise net worth, salary, and other earnings in the media.

Talking about Michelle’s physical appearance, she has a fair complexion. She stands at the height of 5 feet 1 inch tall. Likely, she has a dark brown pair of eyes and as well dark brown hair color.

Similarly, she has over 9.8k followers on Facebook. She has also a YouTube channel under the username @shotbyTHECARTERS with over 1.17k 1subscribers.