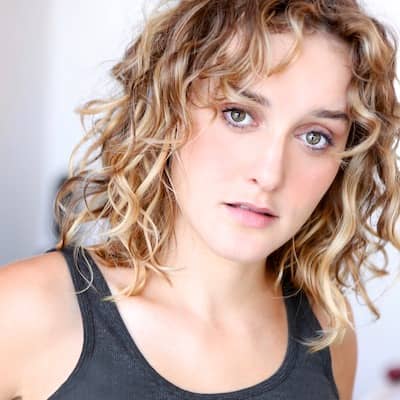 What is the relationship of Michelle DeShon?

Michelle DeShon at the current time is possibly single. The details of her boyfriend or affair are not yet made public.

As she is not often present on digital platforms, it’s hard to track her personal life. On her IG account, she has posted 6 pictures of herself in different locations.

Who is Michelle DeShon?

As a producer, her short film Barbie has completed its shooting routine.

Her debut in the acting world was with an episode of a TV show titled Hollywood Heights in 2012 where she played the role of a girl. In the future, her two short movies named 10 Year as Ivy and Barbi as Jessica are in line for release.

Her full birthdate is 07 June 1997 and she was born in Los Angeles, California, the United States. The name of her mother and her father name is unknown.

Further, Michelle’s ancestry is Caucasian and as to her academics, she might have completed her college degree.

Michelle DeShon as an actor has been featured in many screen projects. She is noted for her acting in the movies Baja as Jessica Francis in 2018 and Say You Will as Amy in 2017.

Recently in 2022, she was seen playing a character named Skyler in the hit Netflix comedy “Me Time“. This film features stars like Kevin Hart, Regina Hall, Mark Wahlberg, and Jimmy O. Yang.

Michelle is also related to TV shows. Her character of Anika Truman in satisfaction was appreciated by the audience. She played this role for 20 episodes from 2014 to 2015. Her other brief-roled screen projects are,

By the reports of 2022, Michelle DeShon has an estimated net worth of $500 thousand which she collected from her work.

But her annual salary and other incomes are not yet made public. in the past, she owned an indie clothing label called Anouk.

The cast of 2022’s Me Time (movie) is keeping herself away from scandals along with desperate rumors.

Michelle DeShon’s towering height is 5 ft 7 inches and her body weight is 55 kg. Furthermore, she has blonde shiny hair and her beautiful eyes are hazel in color.

Michelle DeShon is available on many social sites with a decent number of fans. On Instagram, she has around 9.7k followers and on Twitter, she has over 1.6k supporters.

Also, she is staying close to Facebook where she has gained over 6.7 k fans.