Posted on January 25, 2022 | In Affair , Interesting Facts , Relationship
Share this 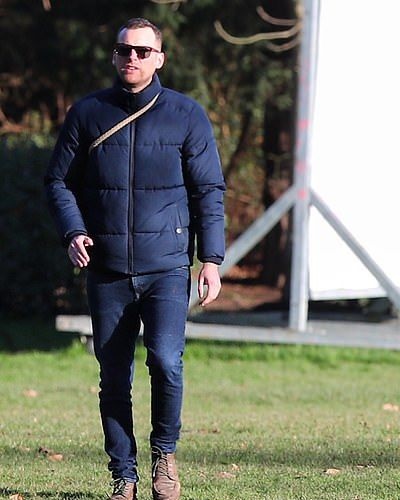 Jasper Waller-Bridge, 40, brother of Phoebe Waller-Bridge came into the limelight of the media after the news of his engagement with actress Michelle Dockery was confirmed by The Times.

The beautiful couple was first seen together at the Rome Film Festival in 2019. Recently, the pair caught together in West London in a muddy park with their dog.

As of 2022, Jasper is 34 years old. His precise birthdate is still under review. Jasper and Michelle haven’t such an enormous age gap. Nevertheless, Jasper is younger than Michelle.

Isobel is a composer whereas Phoebe has also established herself as a successful actress, writer, playwright, and director.

Waller-Bridge is a tv producer and presently works for the talent agency James Grant. Prior to that, he used to manage pop singer Louis Tomlinson. He also worked as the creative director of Sport, Music, Drama, Comedy, and Entertainment company YMU Group.

In 2020, he founded a film and TV production company called Day One Picture alongside his fiancee Michelle Dockery.

Jasper is active on Twitter since October 2009 under the username @jasperwb. As of now, he has nearly 1.1k followers on his Twitter handle.

Jasper has amassed a decent amount of wealth from his successful career. As of 2022, he has an estimated net worth of around $2 million.

Talking about his fiancee’s income, Michelle has a net worth of $4 million as per celebrity net worth. Similarly, she made her career big breakout role through the ITV series, Downtown Abbey. Michelle stars as eldest daughter Lady Mary.

Michelle Dockery, a 40-years-old actress will star in an upcoming film, Downton Abbey: A New Era, the sequel to the 2019 film based on the ITV series. She will reprise her role as ‘Lady Mary Crawley in the film.

She was previously engaged to John Dineen. John was a public relations executive at FTI Consulting in London. Sadly, he was diagnosed with a brain tumor and passed away on 13 December 2015.

Michelle Dockery is a renowned English actress. She rose to fame after appearing as Lady Mary Crawley in the ITV television period drama series Downton Abbey (2010-2015). Dockery made her professional acting debut through stage productions, His Dark Materials at the Royal National Theatre. More bio…