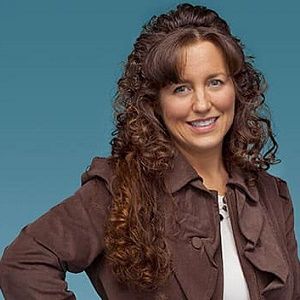 Michelle Duggar is a married woman. She is married to her boyfriend, Jim Bob Duggar. He had a real estate business and was in the political background. The couple tied the knot on July 21st, 1984. They follow the most conservative values. They do not use birth control pills and as a result, they have 19 children, 10 sons, and 9 daughters: Jana & John-David (twins), Jill, Jessa, Jinger, Joseph, Josiah, Joy-Anna, Jedidiah & Jeremiah (twins), Jason, James, Justin, Jackson, Johannah, Jennifer, Jordyn-Grace, and Josie.

Who is Michelle Duggar?

Michelle Duggar is the part of a reality television show, 19 Kids and Counting which is aired on TLC. She is the mother of 9 girls and 10 boys and every child of her names start with ‘J’.

Michelle was born on 13 September 1966, in Tontitown, AR. Her birth name is Michelle Annette Ruark. Her ethnicity is unknown and nationality is American. She is a devout independent Baptist.
Her mother’s name is Ethel Ruark and father’s name is Garrett Ruark. She has five sisters: Pamela Ethel, Kathie Ruark Arnold, Freda Louise, Evelyn Ruark, Carolyn Jeannite. However, she does not have any brother.

She has been called for the talk shows and interviews with radio shows: NPR, AP Radio, CBS Radio, FOX Radio.

Her fame and everything started after her marriage. After she married Jim Bob, she took birth control pills as they were not ready to have a baby. This went on for four consecutive years. After that, they felt that they would love to have their own children but lost their baby because of a miscarriage. They were in huge grief and regret.

She came to know the real reason for the miscarriage was because of her taking birth control pills. They went to a Christian medical doctor during that time. Then they prayed and asked the God to bless them with as many children he saw fit in his timing. Soon after that, she became pregnant and it was twins.

Duggar’s life is a show. She is earning via her day to day lifestyle and her lifestyle is quite good. However, her net worth and salary are unknown.

In 2017, a picture of Michelle and her husband was posted on the Facebook page of Duggars. In the image, she looked thin and rumors were that her health was declining.

Her life itself having 19 children is a controversy worldwide. Because where people are giving the awareness of birth control and family planning, she being in one of the developed countries in the world is against it.