Michelle Keegan is an English actress in Coronation Street. 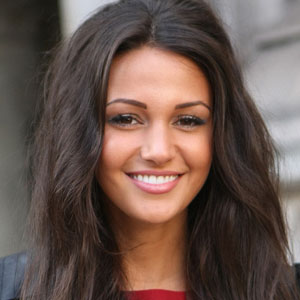 No matter how old you are, you always want your parents' approval

I've had lots of supernatural experiences, but I always just blame them on my brain playing tricks. About five years ago, I woke up to a little girl lying next to me in my bed and when I reacted to her, she mirrored what I did

I wanted to feel at home so I've brought Yorkshire Tea Bags in my suitcase, as well as my slippers!

What is the relationship of Michelle Keegan?

Michelle Keegan was once engaged to The Wanted’s Max George after meeting him at one of their concerts in 2010. However, they broke their engagement in 2012. Shortly, after her breakup from Max, Michelle began dating Mark Wright and on 9 September 2013, they got engaged.

Later on May 24, 2015, Michelle married her longtime boyfriend Mark Wright in a special ceremony. There is no news of them having a child until now.

Currently, Michelle Keegan is married and happy with her married life with a great career ahead.

Who is Michelle Keegan?

In 2016 she played Corporal Lane in BBC hit drama series Our Girl taking over the lead role from EastEnders actress Lacey Turner. She was awarded FHM “Sexiest Woman in The World” in 2015.

Michelle Keegan was born on June 3, 1987, in Stockport, Greater Manchester. Her nationality is British and her ethnicity is mixed(English, Spanish).

She is the proud daughter of an English father and a Gibraltarian mother. She has a younger brother named Andrew.

Michelle Keegan started her career working at Selfridges in the Trafford Center and also as a check-in agent at Manchester Airport. Later on. She pursued her dream of becoming an actress.

In late 2007, after the second audition, Michelle Keegan was offered the chance to play the role of Tina McIntyre in ‘Coronation Street’, beating around 900 other people who were also trying out for the part. She was on the show until her character died in late May 2014. In 2009, she appeared on Stephen Mulhern’s ‘Anonymous’, a prank show on ITV.

Later that year, she made her radio debut co-hosting the BBC Radio 1 Programme “The Official Chart”. Similarly, Michelle was on the cover of FHM magazine in 2011 and was placed number 30 and 26 in their Sexiest Women Poll for 2010 and 2011 respectively. She appeared in FHM Again in March and was placed at number four and number one in 2015.

Michelle Keegan: Salary and Net Worth

There are rumors of Michelle splitting with his husband Mark. The rumors started while Michelle was away working on the “Our Girl” set in Africa. Reports suggested that the distance between the couple, with Mark remaining to live and working in the UK, put a strain on the relationship.

After being spotted out and about in South Africa without her Wedding or engagement ring on, and then again when celebrating her birthday in Manchester without Mark (or her diamond) in tow, Michelle felt compelled to deny the rumors.

Actress Michelle Keegan talks of the days when post-marriage she and Mark had to work in different continents!