Kristofer Hivju is a Norwegian actor and producer.

Michelle Kwan is no longer a married woman. She was previously married to the American lawyer Clay Pell. The couple dated each other for several years before getting married.

The couple got engaged in September 2012. After years of their affair and four months-long engagement, the couple got married on January 19, 2013. Their marriage ceremony was held in Providence, Rhode Island.

After four years of their marriage, Pell filed for divorce from Kwan in March 2017. There is no record of her children till now. She is currently living a single life. 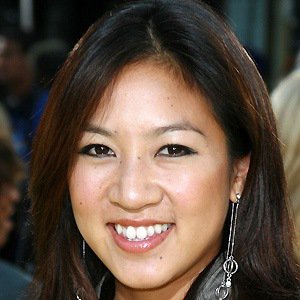 What I love the most is getting on the ice and just popping in a fabulous CD and skating - all by myself, the rink completely empty, just me and the music

You can always say, 'I wish I had landed that triple flip better, or I wish I didn't fall.' They're not regrets, just mistakes.

No one should live in fear in this great country.

Who is Michelle Kwan?

Michelle Kwan is a retired American figure skater. She is the most decorated figure skater in United States history. She is a two-time Olympic medalist, five-time world champion, and nine-time U.S champion. Her Chinese name is Kwan Wing Shan.

Michelle Kwan was born on 7 July 1980, in Torrance, California, USA. She is 41 years old. Kwan is an American by nationality and is of Chinese-American ethnicity.

Her birth name is Michelle Wing-Shan Kwan. She is the youngest of three children of Danny Kwan and Estella Kwan. She has a brother named Ron, an ice hockey player, and a sister named Karen, a figure skater.

She attended Soleado Elementary School in Palos Verdes, California. After graduating from Rim of the World High School in 1998, Kwan attended UCLA for one year.

In June 2009, she graduated from Denver’s Josef Korbel School of International Studies with a bachelor’s degree in international studies and a minor in political science.

After that, she attended Fletcher School of Law and Diplomacy and graduated in 2011. She had an interest in figure skating since she was five. She began serious training when she was about eight years old.

Kwan began her professional ice skating career at the age of 11. She placed 9th at the junior level at the United States Figure Skating Championships in 1991.  At the age of 12, she passed the gold test to become a senior-level figure skater. She won the 1994 World Junior Championships.

She also won the 2000 US National Figure Skating Championships. She won the bronze medal at the 2002 Salt Lake City Olympics. She has won two Olympic medals, five worked championships, and nine U.S championships in her career.

Kwan won the Teen Choice Award for Favorite Female Athlete in 2004. She has been a 12-time winner of USOC Athlete of the month.

She is also a 5-time winner of the USOC Female Figure Skater of the Year. She won the 2002 Kid’s & Teens Choice Award for her favorite female athlete. She retired as a professional skater in 2006. She has been very successful in her career and she has earned huge popularity, honors, and wealth as well.

As per 2022’s data, she has accumulated a net worth of $12 million. But there is no information regarding her salary.

The reports were that Michelle sold her Rhode Island estate, Casa del Sole for $4 million.

Michelle Kwan has a height of 5 feet 2 inches. Her body weighs 49kg. She has black hair and dark brown eyes. Besides these, her body figure measures the size of 30-24-34 inches. Furthermore, her bra size is 30B, her shoe size is 6US and her dress size is 2 US.

4 years of marriage of Michelle Kwan and Clay Pell comes to end; Clay Pell files for divorce, Know more about their relationship