Posted by MarriedBiography Posted on October 16, 2018 | In Career , Interesting Facts , Lifestyle
Share this 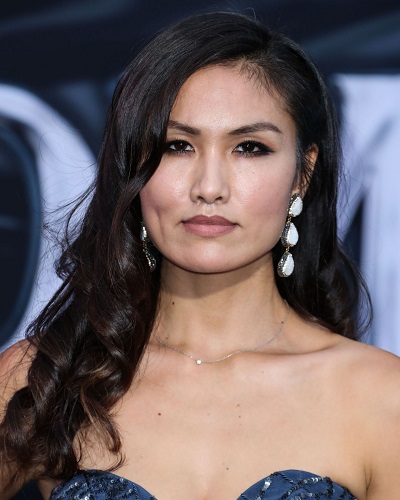 Michelle Lee popular for her role on Pirates of the Caribbean: At World’s End, Venom, Pacific Rims, etc. Born as Michelle Charlene Lee and Michelle C. Lee, she was born on August 2, 1978. This makes her 40 years old at present time.

She was born in Long Beach, California, USA, belonging from China and moved to America for pursuing her career. However, Michelle Lee is now a Chinese American female martial artist, stuntwoman and actress.

We do not have detail data about her parent’s names or the type of job they do. We also lack details about her family background and her childhood days.

The following year after her role in Pirates of the Caribbean: At World’s End, she landed her role in Ninja Cheerleaders (Action/Action/Adventure).

Back in 2009, Lee came up with three movies they were Surrogates, Gamer and Crank: High Voltage.  The following year, she landed her roles in The Last Airbender which was Fantasy/Action based movie.

Michelle Lee came up in 2004’s 50 First Dates and also in Chicks with Sticks, Part 3 as Demon Queen. She played the role of Ninja Girl in 2006’s Girl with Gun. The same year, she landed her roles in You, Me and Dupree, The Strange Case of Dr. Jekyll and Mr. Hyde and Duan Quan.

She made her appearance in 2017’s Check Point and Zambo Dende: Predictable night. In 2018, she landed her role in Venom and The Green Ghost. Furthermore, Lee also acted as Brix in 2018’s short film titled Interface.

In 2006, Lee was nominated for “Female Action Performer of the Year” at the Action On Film International Film Festival. This was for her role of a ninja in the short film Girl with Gun.

The following year, she and many others stunner from Pirates of the Caribbean: At World’s End were nominated for “Outstanding Performance by a Stunt Ensemble in a Motion Picture”.

Lee has preferred keeping her personal life behind the limelight. We have no information about her past and present relationships. She seems to busy building her professional life. We hope all her dreams come true. We also wish her all the luck for her upcoming projects!

Holland Taylor and Sarah Paulson are finding it difficult to spend quality time together due to their hectic schedules!
Tags : ‘Pirates of the Caribbean’ Actress Stunt woman Venom