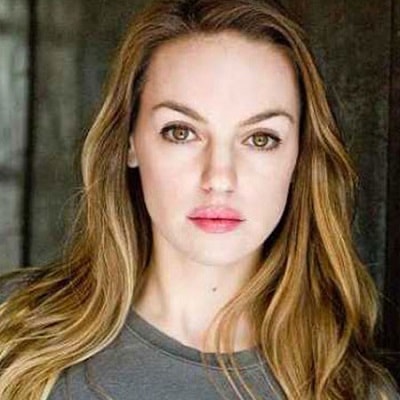 Michelle Mylett is currently in a relationship. She is dating Jesse Antler for a very long time but the exact date is not available. They like to keep their relationship secret. Hope, they soon tie their knot.

Who is Michelle Mylett?

She was born on January 4, 1989, in Ladysmith, Canada. There is no information about her family background and her early life. She has a sister named Mikayla Mary Mylett and a brother named Patrick as her siblings.

Michelle holds Canadian citizenship but her ethnicity is unknown.

She might have attended some reputed college and universities but she has not revealed the name of the institutions.

Michelle mainly got recognition in her career after making appearances in a slew of Hollywood productions. Some of the professional credits of Michelle includes Buckout Road, an independent feature, Violet, the Antisocial franchise, the CBC series Four in the Morning as well as the independent feature, The Drownsman. Among all of her credits, she is famous for portraying the fictional character Katy on the Canadian sitcom, Letterkenny.

It seems Michelle has not been awarded and nominated for her work till date.

Michelle has been successful in keeping herself far from rumors and controversies in her personal and professional life.

Michelle Mylett has a height of 5 ft. 7 inches and has brown eyes and blonde hair. But, her weight, shoe size, body measurement, etc. are not available.