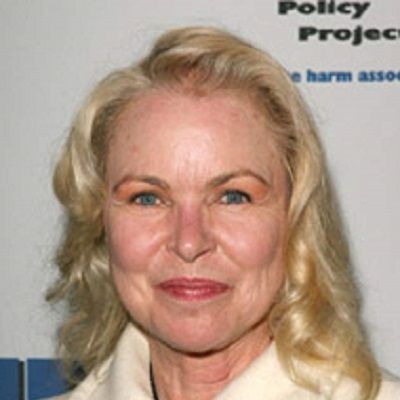 The hardest one, the thing that made the greatest demand on me, was The Mamas &

When I successfully bring the Mamas &

the Papas movie to fruition, I hope that people will say, 'She's also a producer.'

What is the relationship of Michelle Phillips?

However, she was married on December 31, 1962, for the first time, to John Phillip. She met John while he was touring California with his band the Journeymen. Then, he divorced his first wife and married Michelle.

They both had a daughter together Chynna Phillips, who later became the vocalist of the 1990s pop trio Wilson Phillips. After that, she married American actor Dennis Hopper but their marriage lasted only for a year.

In the year, 1978, Phillips married for the third time, and this time she married actor Robert Burch. However, she was unsuccessful in this marriage too. The couple split in the year 1981.

Phillips re-married in 1982 to American actor Grainger Hines they were together but not for very long. She divorced him in 1984.

Later in 2000, Michelle found her love Steven Zax. Their relationship lasted for 18 years. But tragically Zax died in January 2017.

Even tho their relationship lasted for 18 years but after his death she never re-married.

Who is Michelle Phillips?

Michelle Phillips is an American singer, songwriter, and actress. She escalated to fame as a vocalist in the musical quartet The Mamas and the Papas in the mid-1960s.

She was later a successful actress in film and television in the 1970s.

She was born to her mother Joyce Leon (née Poole), and her father Gardner Burnett Gilliam. She also has one older sister named Russell Ann.

Her mother was an accountant and her father worked as a merchant marine and Michelle was five when her mother passed away. She died of a brain aneurysm.

Then, her father remarried five times following her mother’s death. Phillips and her sister were raised in Mexico City, Mexico, between the age of 6 and 12, where her father was studying sociology on the GI Bill at Mexico City College. She was a childhood friend of a former American Sue Lyon.

Her ethnicity is Mixed (English, Scottish) and her nationality is American.

Between the ages of six and twelve, Michelle attended Mexican school, later at age thirteen, Phillips returned to the United States with her father and sister, settling again in Los Angeles.

Michelle Phillips: The Mamas and the Papas

Michelle Phillips’s career started after meeting John Phillips who was touring California with his band the Journeymen. She then married him and moved to New York.

Then they began writing songs together. In 1966, their debut album If You Can Believe Your Eyes and Ears was released.

Michelle co-wrote some band’s hits, including California Dreamin which was featured in their debut album. After that, they released more albums from 1965 to 1969.

In 1970, she appeared in Gram Parsons’ science fiction film Saturation 70, but they never finished the movie. Later, her band broke up and Michelle started taking acting classes in Los Angeles.

Her first-ever movie was The Last movie in 1971. After two years Michelle got the lead role in the thriller film Dillinger as John Dillinger’s girlfriend. She was nominated for a Golden Globe Award for Most Promising Newcomer for her performance in Dillinger.

The same year, Phillips recorded vocals for the Cheech & Chong single Basketball Jones which peaked at no 15 on the Billboard singles chart. In 1977, her solo album Victim of Romance was released.

Later, she appeared in the film adaption of the Sidney Sheldon novel Bloodline. But, they received negative reviews, her performance was criticized by critics.

Similarly, In 1986, Phillips wrote an autobiography, California Dreamin’: The True Story of the Mamas and the Papas.

In it, Philips describes events such as her first meeting with fellow Mama, Cass Elliot, of winning 17 straight shoots at a crap table in San Juan, Puerto Rico, she also describes the band being broke and could not afford the airfare back to the United States, and how her writing credit on California Dreamin’, which still nets her royalties.

Actress and singer-songwriter Michelle Phillips has an estimated net worth of $10 million.  Her primary source of income is music.

Phillips has won 3 awards in her whole career, not to mention her nominations for several awards. In  2006, she was the winner of the Spirit of the Independent Award for the documentary And the Sea Took Us.

She received her last award in Anniversary Award (2009) for Knots Landing (1979). In 1998, along with her other band members, Phillips was inducted into the Rock-and-roll Hall of Fame in New York City.

In 2000, she was also elected into the Vocal Group Hall of Fame for The Mamas & the Papas.

Michelle stated that It was a lie, and she doesn’t even know this woman. It was absurd she would drag Michelle into her storyline.

Also, Phillips was arrested on December 2, 1987, in Amarillo, Texas, for marijuana possession after being pulled over for speeding.

The marijuana was discovered after police searched the vehicle where Phillips was a passenger in the car with Geoffrey Tozer. Phillips was fined and released on a $500 bond

She has eyes that are green and her hair is light brown.

To know more about G-Eazy, Kid Capri, and Jae-Hyung Park.