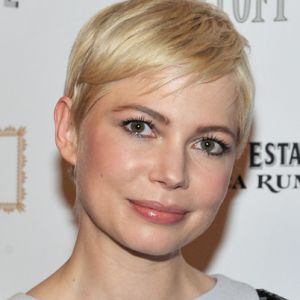 I was born with a fierce need for independence

I want a happy life

I like to do weird things in the shower, like drink my coffee, brush my teeth and drink a smoothie. It's good time management.

Moving towards her personal life, Michelle began dating her Brokeback Mountain co-star, Heath Ledger, in 2004, after meeting on the set of the film. In 2005, she gave birth to their daughter, Matilda Rose Ledger.

In September of 2007, Michelle and Heath split amicably. Heath sadly died of an accidental overdose in January of 2008. Michelle began dating How I Met Your Mother star, Jason Segel in 2012 but they are split in 2013.

Novelist Jonathan Safran Foer and Williams commenced dating in July 2015. They are still seeing each other.

Who is Michelle Williams?

Michelle Williams is an American actress who portrayal of Marilyn Monroe in the 2011 film My Week with Marilyn. She is well-known for her work in independent films like Brokeback Mountain, Blue Valentine, and My Week With Marilyn have earned her critical acclaim and accolades.

She was born on 9 September 1980 in Kalispell, Montana, USA. Her nationality is American and ethnicity is mixed(Norwegian, English, German, Danish, Swiss-German, Swedish, Scottish, and Welsh).

Her father’s name is Larry R. Williams and her mother’s name is Carla Ingrid Williams. Her father is an author, stock and commodity trader, and politician. He has a brother named Jason Williams. He has three sisters: Kelley Williams, and Sara Williams.

During her early life, her first acting roles included guest appearances on hit sitcoms like Step by Step and Home Improvement. When she was 15 years old, she filed for legal emancipation with her parents’ blessing in order to further her career.

She rose to fame on television, with her role in the hit teen drama, Dawson’s Creek, playing Jen Lindley, whom she played for five years from 1998 to 2003.

During her career, she started appearing on TV screens in the early ’90s. She landed guest roles on “Home Improvement”, “Step by Step”, and “Baywatch”. Her feature film debut came in 1994’s “Lassie”.

Soon after, she moved to California and scored the role of Jen Lindley on “Dawson’s Creek”. Williams appeared in 188 episodes of the show from 1998 until 2003.

She is an earning a YoungStar Award nomination for Best Performance by a Young Actress in a Drama Series. She has since carved out a career in film, appearing mainly in independent movies in the early 2000s.

Williams starred in 2005’s “Brokeback Mountain” alongside Heath Ledger and Jake Gyllenhaal. She earned an Oscar nomination for Best Supporting Actress for her part as Ennis Del Mar.

Williams received her second Academy Award nod, this time for Best Actress, for 2010’s “Blue Valentine” and later her third nomination for “My Week with Marilyn”, when she played Marilyn Monroe.

She won a Golden Globe and an Independent Spirit Award for her depiction of Marilyn Monroe in My Week with Marilyn in 2011, which likewise earned her BAFTA, SAG, and Academy Award designations.

In 2016, she got wide approval for her execution in the dramatization Manchester by the Sea, procuring her designations from the BAFTA, SAG, and Academy Award services.

Michelle Williams: Salary and Net Worth

She has a net worth of $16 million but her salary is not revealed yet.