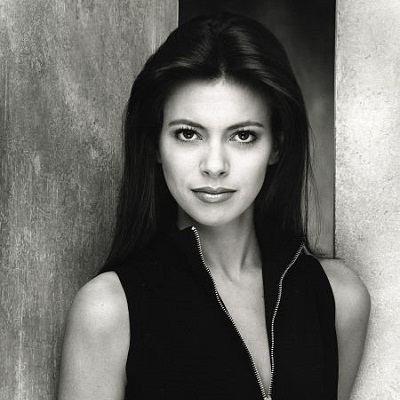 Michelle Woods’ current relationship status is possibly single. Till date, she has not introduced anybody as her husband or lover.

As of now, she has not shared any details on his previous relationship and dating history.

Who is Michelle Woods?

American Michelle Woods is an actress and entrepreneur. She is renowned as Flight Attendant of the video, Vegas, Baby.

Michelle Woods was born and brought up in New York. She is of British-Scottish ethnicity.

Since her childhood, she was immensely in love with an entertainment world. Especially with the dance and theater. At the age of 7, she started studying acting.

As she grew older, she developed more and more passion for acting. Hence, she joined the Lee Strasberg Theatre Institute NY, and HB Studios to learn Meisner acting technique.

Apart from that, she also attended Martha Graham School of Contemporary Dance and Joffrey Ballet to learn Contemporary and Ballet. Besides dance and acting, she is inclined toward creating stories and characters too.

Regarding her former education, she attended Marymount Manhattan College with a full four-year scholarship. Besides that, she graduated from New York University with Honors in Fine Arts.

Pursuing her dream to be an actress, Michelle Woods started her career as an actress during her college days. She made her TV debut with the series, As the World Turns. In the series, she appeared in a minor role as Restaurant Patron.

After graduating, she moved to California. Soon after that, she appeared in the series, Frasier as a dancer. After that, she featured the movies like Wedding Crashers and Knocked Up in some uncredited roles.

Despite her passion for acting, she gave up on acting as her career. After that, she expanded her career as an entrepreneur and started her own health business, Eternally Blissed. Currently, she is pursuing her career as a herbalist.

Besides that, she also makes through her health business, Eternally Blissed.

Michelle Woods is a brown-eyed brunette. She stands at a height of 5 feet 5 inches and has a decent weight.

As of now, she has not been involved in any sort of controversy and scandals that created a buzz in the media. Also, she has managed to maintain a distance from rumors too.

You may also read the bio of Alice Evans, Emma Davies, and Josh Dallas.