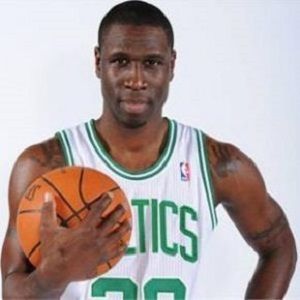 Reflecting on a personal life of Mickael Pietrus, he is possibly single. There isn’t any information regarding his romantic relationship affairs.

His personal life isn’t in the limelight as his career path is. He has kept everything secret about his personal life and far from the tabloids. There isn’t any solid proof which leads towards his married lifestyle and children.

Who is Mickael Pietrus?

Tall and handsome Mickael Pietrus is a well-known French professional basketball player. He is best known as the player for SLUC Nancy Basket of the LNB Prod A. He plays from the small forward and shooting guard wearing a jersey number 24.

French professional basketball player Mickael Pietrus was born in Les Abymes, Guadeloupe on 7 February 1982. He is of African ethnicity and has French nationality.

His birth name is Mickael Marvin Soriano Pietrus. His parent raised him alongside his two siblings, Florent and Ronnie. Since childhood, he has built up a strong interest in basketball games.

Mickael started playing from NBA after being selected by Golden State Warriors in the 2003 NBA draft. He played for the team Warriors for the five seasons and then joined Orlando Magic in 2008 off-season. He recorded 20 points in his debut game against a match with Atlanta Hawks. On 18 December 2010, he was traded to Phoenix Suns. After playing for a year, he was about to be traded to Toronto Raptors but Raptors canceled the trade knowing Pietrus had a right knee injury.

Pietrus was released from the Suns in 2011 and he signed with Boston Celtics just after two days from the release. On 30 November 2012, he joined Toronto Raptors but soon left the team in 2013. On 4 March 2015, he signed with the Mets de Guaynabo of Puerto Rico but soon he was replaced by Cedric Jackson on 11 May 2015. He signed with French club SLUC Nancy Basket in Nov 2015.

Except for his trade rumor, he has not been in other rumor and he suffered a controversy when he went with a head injury.

Mickael Pietrus has a height of 6 feet 6 inches. His body weighs 98kg. Furthermore, he has black hair and eyes.