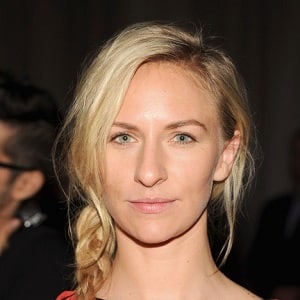 Mickey Sumner is a married woman. She is married to Chris Kantrowitz. The pair were engaged in June 2016 and they later married in July 2017. They have a son together: Akira Rogue Kantrowitz. Their marriage is going strong as there is no news regarding any extramarital affairs at present.

Who is Mickey Sumner?

Mickey Sumner is an English actress. People mostly know her for her role as Sophie Levee in ‘Frances Ha’ and Katia on ‘Low Winter Sun.’ Additionally, she has also appeared in several other movies and television series like ‘Battle of The Sexes’, ‘American Made’, and ‘Low Winter Sun’ among others.

Sumner was born in London as Brigitte Michael “Mickey” Sumner on January 19, 1984. She was born to parents Sting and Trudie Styler. Her father Sting is a popular musician. Additionally, she has three siblings: Eliot Sumner, Jake Sumner, and Giacomo Sumner. Mickey is of British nationality. Furthermore, there are no details available about her ethnic background at present.

Talking about her education, no information is available about Sumner’s educational background.

Sumner initially appeared in several short films. In 2006, she appeared as Mickey in ‘We’re Going to the Zoo.’ Additionally, she also played the role of the friend of the bride in the movie ‘Last Chance Harvey.’ Later, she also appeared in ‘The Escapists’ and ‘Nice to Meet You’. Since then, she has appeared in numerous other movies and television series. All in all, she has over 30 credits as an actress.

Some other movies and television series that Sumner has appeared in are ‘Battle of the Sexes’, ‘American Made’, ‘The Meyerowitz Stories (New and Selected)’, ‘Caught’, ‘Freak Show’, ‘Thin White Walls’, ‘Caring’, ‘Half the Perfect World’, ‘All At Once’, ‘Anesthesia’, ‘This Is Happening’, ‘Mistress America’, ‘The End of the Tour’, ‘Low Winter Sun’, ‘The Borgias’, and ‘Black Water Transit’ among others.

Sumner garnered the Halfway Award nomination in the International Online Cinema Awards for her performance in ‘Frances Ha’ in 2013.

Sumner has not revealed her current salary. Furthermore, there are no details available about her net worth.

Sumner has not been part of any notable controversies in her career. Furthermore, at present, there are no rumors concerning her life and career.

Talking about her body measurement, Sumner has a height of 5 feet 7 inches. Additionally, she weighs around 56 kg. Furthermore, her hair color is blonde and her eye color is blue.