Adult star Mickey Taylor is low-key about his romantic affair. 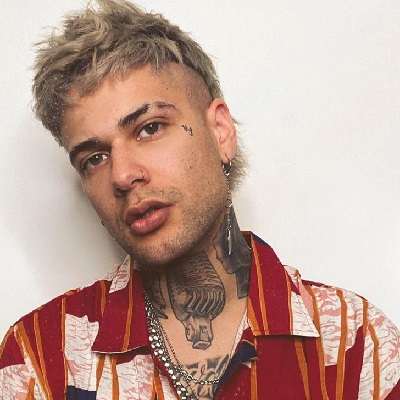 Live in your own image. Not another shadow.

Mickey Taylor’s current relationship status is possibly single. To date, he has not introduced anybody as his lover or partner.

Also, he has not shared any details on his previous relationship and dating history. However, he shared a picture of him kissing a guy.

Who is Mickey Taylor?

British Mickey Taylor is an adult actor, model, and singer. He is renowned for his adult movies.

Last, in September 2020, he released his song, Surrender To Me via his YouTube channel.

Mickey Taylor was born 15th of January 1993 in Manchester, England. He is of British-Scottish ethnicity with Latin roots.

To date, he has not shared any details on his family background including his Father, mother, and siblings. Details on his academics are behind the curtains.

Mickey Taylor entered the adult entertainment industry in 2014 as a gay adult actor. As of now, he has completed 6 years in the industry. In the time interval, he has worked with the distribution groups like Euro Boys, Boys Napped, and so on.

Last, in 2020, he appeared as Mickey in the TV series THE MEN. Some of his videos along with the year is-

At the age of 21, he started his career in the music industry. The year, he released his single, Video Games along with the singer and songwriter, Lana del Re. The same year, he featured in the single, Professional for the famed drag queen Virginia Wright.

The following year, he launched his debut album, Puppets Laments. During his music career, he has collaborated with the YouTube stars like Chris Crocker, and producer, Aleks Rey.

As of now, he is working on his 4th album, Surrender To Me. Last, he released the title track of the album.

Apart from that, he also earns through the royalties of his music too.

Mickey Taylor has brown eyes with brunette hair. Also, he likes to experiments with various hair colors. He stands at a height of 6 feet and weighs around 73 kg.

Talking about his appearance, he has a charming persona with an oval-shaped facial feature. Also, he prefers to have slightly grown facial hair. Besides that, he is also fond of inking and piercing his body.

To date, he has not been through any sort of controversy and scandals that created a buzz in the media. Besides that, he has managed to be far from any type of rumors too.

He has a self-titled YouTube channel with 31.2k subscribers with more than 6.2 million views.