Updated On December 4, 2022 | Published By: Alisha Ghram
Share this
Single 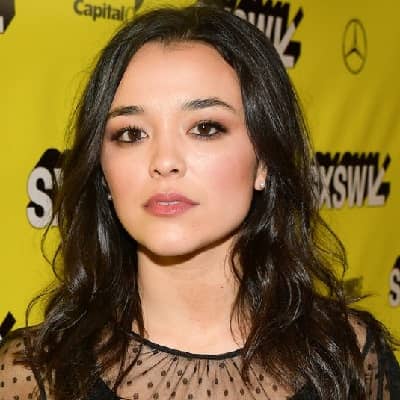 Midori seems to be private when it comes to her love life. She has never talked about anything regarding her relationship.

So as of now, we can say that she is living her single life.

Who is Midori Francis?

Midori Francis is an American actress, and producer.

She is popular for portraying the main role in Good Boys, and also in the 2020 Netflix original series, Dash & Lily.

Her parents get divorced when she was young. Midori’s father had married twice. She has a younger brother named Marcus Iwama and an elder half-brother Patrick.

The actress has her Bachelor in Fine Arts in the year 2014.

Completing her education, Midori debuted in acting in the year 2014. She started working on the American action crime drama television series ‘Gotham’.

A year later, she gets a chance to perform in the television show ‘Younger’.

Likely she started working in the movies in the year 2018. She alongside played in an American heist comedy movie Ocean’s 8.

Talking about other series, she has appeared in Bless The Mess, Chemistry of Mood, Good Boys, and South Mountain.

Furthermore, she has also worked for Paterno, Divorce, Killing Machine, and The Birch. The actress has appeared on the television show Entertainment Tonight Canada.

Moving towards Midori’s achievements, she won the 2019 Drama Desk Award for outstanding actress in Usual Girls.

Furthermore, she received the Obie Award and Drama Desk Awards for her performance in the play The Wolves.

Likewise, she was featured in the movie Ocean’s 8 which collected $297.7 million against a $70 million budget.

Midori is always focused on building her career and doesn’t involve in any activities that can lead to her name in any such rumors and controversial news.

Similarly, the actress has black hair with dark brown eyes.