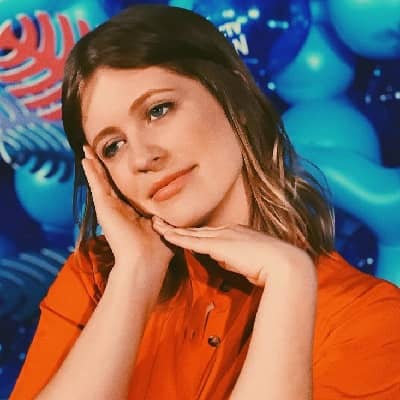 Miel Bredouw at present is possibly single. She has not disclosed details of her current boyfriend or affair.

Previously, she was dating a YouTuber, Anthony Padilla. Their romance started in 2015 and she revealed it in a YouTube video in Sep 2017.

Who is Miel Bredouw?

Miel Bredouw is an American comedian and musician. She is also a podcaster and hosts the Punch Up the Jam.

She first gained popularity by her uploaded content on the Vine app.

She was born on 11 July 1989 in Los Angeles, California, USA. Her real name is Mariel Wade Bredouw.

The name of her father is Jim Bredouw but her mother’s name is not revealed. She has a musician brother, Henri Bardot, and a lecturer sister, Minnie Bredouw.

Her descent is Caucasian but her academics is not disclosed.

Miel Bredouw started to post videos on Vine in the year 2014. She became popular and gained over 370k followers. She also hosts a podcast named Punch Up the Jam in HeadGum.

At first in 2017, she co-hosted with Demi Adejuyigbe (writer/comedian) but later in 2019, she became the solo host. The A.V. Club awarded this podcast as the best podcast of 2018.

Moreover, she was seen as a waitress in two episodes of EastSiders and as Mielmonster in Camp Unplug.

Miel is also an excellent singer and started her musical career in 2020. Her debut album titled Tourist Season came out in July 2020 by Miel Music Publishing.

Her sung singles are Must Be Fine and I’ll Be Holding.

Her estimated net worth is $500k at present. The salary from her career is not yet disclosed. But she owns a vegan wedding cake business called Bramble Bakeshop, LA.

As per the reports, her ex-boyfriend Anthony has a net worth of $3 million.

Regarding Miel Bredouw’s body features, her height and her body weight are in normal size. Moreover, the color of her eyes is blue and her natural hair’s color is blonde.

Miel on Instagram star gained more than 118k followers. On this platform, she posts pictures of her and her friends that are loved by her followers as well as other viewers.