Updated On November 23, 2022 | Published By: Demi
Share this
Married 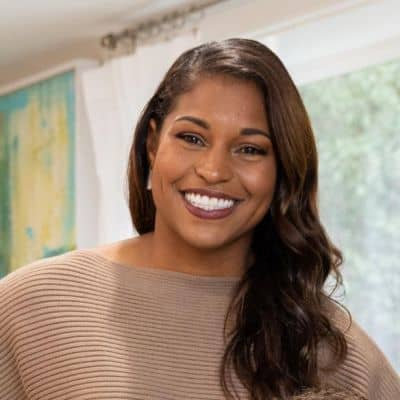 Yes, she is married to Brian Kleinschmidt.

Before that, her husband Brain Kleinschmidt was married to Erika Dunlap, a former Miss Florida, and Miss America.

This couple married in 2007 and got divorced in 2011. Brains say that Erika has some personal stuff going on and wanted to take a break from everything.

Talking about Mika and Kleinschmidt’s relationship, They met as a student at Riverview high school. They were in a 4 years relationship. The two were high school sweethearts but separated during college life and later united for marriage. In 2015 they were married and blessed with a beautiful daughter Jade Kleinschmidt but she is not a biological daughter of Brain. As well as Mika has not mentioned her Ex-husband’s name

Who is Mika Kleinschmidt?

Mika Kleinschmidt is an American actor, reality television show host, and real estate developer. Along with that, She is an entrepreneur from the United States of America and a fitness enthusiast

She hosted HGTV’s show 100 Day Dream Home with her husband. She is also known for her appearance on the television show Rock the  Block

Mika Kleinschmidt was born on March 30 1982 in Tampa, Florida, United States. Her zodiac sign is Pisces. Mika’s Ethnicity is African – American and Nationality is American.

Her parent’s name is Thomas McGee and Yolanda Pozzi. Thomas McGee is a military officer. She has a sister named Kayla Anne.

Mika McGee Kleinschmidt completed her high school education at Riverview Hight school. In 2007 she graduated from the University of South Florida to pursue mass communication and media studies.

Mika Kleinschmidt started her career as a real estate agent. For 1 year and 2 months, she worked at Your Total Realty in March 2016. Currently, she is working at Imperio Real Estate LLC as a Realtor Sales Associate.

She is widely recognized for her appearance on HGTV’s show 100 Day Dream Home. Besides that, she showed her talent on various reality Tv shows like Rock the Block and The Drew Barrymore Show.

As well as Mika McGee is also a professional interior designer. She has also teamed up with a famous design firm called Karndean Designflooring. In August 2020 she become the co-founder of an interior design company Dirt2Design LLC.

In the year 2019, the famous HGTV series 100 Day Dream Home was released. The cast of this series is Mika Kleinschmidt and Brian Kleinschmidt.

Talking about this movie Mika is the savvy realtor and co-host of 100 Day Dream Home. Along with that Brian Kleinschmidt are a hardworking developer and co-host of this series.

They help clients to build the perfect house from the ground up in 100 days. This show gained so much popularity in a short period. Mika’s Daughter Jade Kleinschmidt will be featuring on the next season of 100 Day Dream Home.

Is Mika Kleinschmidt involved in any rumors and controversies?

Once Mika Kleinschmidt dreamed up the concept of one called “90 Day Dream Home“. Their first pitch for the show was initially rejected, but they would not take no for an answer.

According to Rumors and Controversy, it is known that jade Kleinschmidt is not the biological daughter of Brains Kleinschmidt.

Mika McGee Kleinschmidt’s net worth is approximately $1  million USD. This includes her Assets, Money, and Income. Furthermore, her annual income is not mentioned yet.

How tall is Mika Kleinschmidt?

Mika Kleinschmidt stands at a height of 5 feet 6 inches tall. Her weight is 55kg and she has dark brown hair and black pairs of eyes. Her boy measurement is 34-28-36 inches.