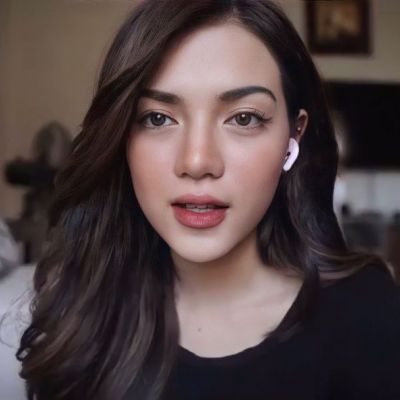 Talking about her love life, Mika Salamanca is presently single and is not dating anyone at the moment. She might be focused on her career at the present.

The star has been secretive about her personal life. She has not shared any details regarding her relationship information and related news.

Previously, Mika had a relationship with social media star, Mark Reyes. Sadly, the former duo announced their breakup on Twitter in April 2020.

Who is Mika Salamanca?

Mika Salamanca is a well-recognized Filipino singer, YouTuber, Instagram star, and social media personality. Salamanca is widely famed for her YouTube channel named Mika Salamanca which has more than 4.07 million subscribers at the moment.

Mika Salamanca was born on 26 October 2000. At present, her age is 20 years old. Likewise, her birthplace is the Philippines.

Not much is known about her father and mother’s details, Mika has been secretive towards her parent’s details. Moreover, her siblings’ details are also behind the curtain. Her dad is a businessman and her mom is a housemaker.

Talking about her nationality, Salamanca holds a Filipinos identity whereas her ethnicity is Asian.

Regarding education, the star completed her primary and secondary schooling in her hometown. Later, she attended St. Scholastica’s College in Manila.

The young talent, Mika started her YouTube journey in May 2014 but she did not start posting until 2017. She is famous for her lifestyle, fashion vlogging, etc. on social media. Till now, the star has more than 4.07 million subscribers on her YouTube channel. Additionally, she has earned more than 120 million views on her overall videos.

The star is a good singer as well. Her recent song titled You has more than 1.3 million views. Some of her popular YouTube videos are BUYING EACH OTHER’S OUTFIT(Ft. Zeinab Harake). The video has earned more than 3 million views. Others are SPILL IT OR DRINK IT[+18], LASING MALALA[+18], and so on.

A talented Filipino star, Salamanca has earned handsome money and fame from her profession at such early age.

It is reported that Mika Salamanca has an estimated net worth of $1.5 million. No doubt, she is one of the highly paid YouTubers at the moment.

However, the YouTuber has not disclosed her exact salary, earnings, and assets details till now.

As per different reports, Mika became famous on the internet after a controversy last year. She posted a TikTok video of roaming outside while in Hawaii during the pandemic. Many people criticized the star violated the government quarantine rules.

As a response, Salamanca defended her mentioning she took permission from police officers to go outside as she tested COVID negative. However, she has to pay a fine of $2,000 in bail.

Other than that, the YouTuber has never been part of any controversial matter or rumors till now.

20 years old star, Mika has gorgeous looks, an amazing shape, and an admirable personality. She stands at a height of 5 feet 3 inches. Also, she has a balanced bodyweight of 50 kg.

Furthermore, Salamanca has brown eyes whereas her hair is light brown. Her body measurement is 30-24-30 inches(chest-waist-hip) respectively.

The YouTuber wears a shoe size of 6(US).

Regarding her social media presence, Mika Salamanca is an active personality on social media. Mika has more than 2.9 million followers on her official Instagram account @mikslmnc.

She is also active on Twitter with around 2.7 million followers. She owns a YouTube channel named Mika Salamanca and it has more than 4.07 million subscribers at the moment.

Moreover, Salamanca is also available on Facebook with nearly 1.8 million fans and supporters. The star has more than 8 million followers on her TikTok.