Who Mikael Persbrant is in relationship?

Mikael Persbrandt is in  a relationship with Sanna Lundell, an Swedish journalist. Since 2005, the couple were together.

Mikael Persbrandt is previously engaged to Maria Bonnevie, a Swedish- Norwegian actress.
The couple engaged in 1998 and ended their relationship in 2003. 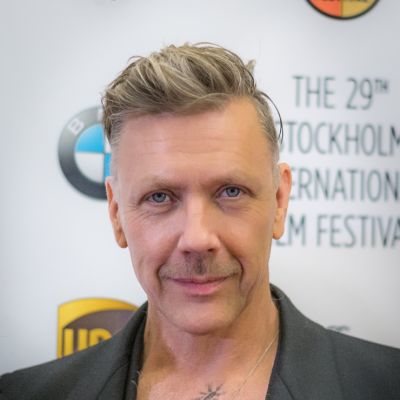 Who is Mikael Persbrandt?

Mikael Persbrandt is a Swedish actor, and producer.

Mikael is famous for In a Better World film(2010) in the role of Anton, The Hobbit: The Desolation Of Smaug adventure film(2013), and Eurovision Song Contest: The Story of Fire Saga in the role of Victor Karlsson.

As of 2022, he is filming Sophie’s War as a Franz which is in pre-production.

Talking about his nationality, he holds Swedish nationality with North Germanic ethnicity. However, there is no info about his educational background.

Mikael Persbrandt debuted in Nigger (TV Movie) in the role of Svante 1990. In the following year, he played the role of Vanchauffor in Enemy’s Enemy (TV Series). Similarly, in 1995, he was seen in many movies such as
Sommaren, Radioskugga,and , Nudlar Och 08:0r.

Persbrandt made his appearances as a Georg in Adult Behavior drama in 1999. In the following year,
he played the role of Kullman in Dragonflies’ thriller drama. He cast as
Adam in Now (short)in 2003. In the following year, he was portrayed in many Tv movies such as Three Suns, Leka Med Elden, Day and Night, and Den Starkare.

Moreover, in 2008, he presented as a Sigfrid Larsson in Everlasting Moments (A tv Movie). In 2011, Mikael appeared as a Carl Hamilton in Hamilton: In the Interest of the Nation (TV Series). He played the role of Beorn in The Hobbit: The Battle of the Five Armies (TV Series)in 2015.

Furthermore, Persbrandt appeared as a Harald Edelstam in Invisible Heroes (TV Series) in 2019. In the following year, he played the role of  Jakob Nyman in Sex Education (TV Series). In the same year, he played the role of Hans Holmer in The Unlikely Murderer (a TV Mini-Series). In 2022, Mikael appears as a Helmer Jr in The Kingdom (TV Series). Besides that, he will be filming Sophie’s War which is in Pre-Production.

Mikael has won Silver Hugo Award for Dag Och natt in 2004. Similarly, he is the winner of the Ingmar Bergman Award for Bang Bang Orangutang.

Mikael Persbrandt has a net worth of $5 million. Besides that, he hasn’t disclosed any information about his salary and income.

There is a controversy in 2005, that Expressen newspaper had made false accusations about Mikael having acute alcohol poisoning.

However, Expressen newspaper can’t prove that while they apologized and confirmed that the allegation is false.

But Mikael hasn’t accepted that apology that he made the time editor paid 75000 Sek for his damage.

In 2011, Mikael was arrested for using and receiving Cocaine and he has been sentenced to 5 months. However, it was reduced to only 75 hours.

Mikael Persbrandt stands at the height of 6 feet 2 inches with an 80 kg weight. He has cyan eye color with salt and pepper hair. Besides that, there isn’t much information about his dress and shoe size.