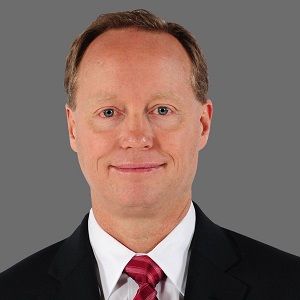 We've got to finish better in the paint, we've got to make more of our shots close to the basket

They're a good team. They've done this defensively to a lot of opponents this year

He threw me out and that's his prerogative, if there was contact, it was 100 percent unintentional.

Mike Budenholzer is a married man. He is married to Mary Beth Budenholzer. They have four children William, Savoia, Elizabeth, and John.

They live in San Antonio and despite Mike’s busy lifestyle, the couple is happily married and together.

Who is Mike Budenholzer?

Mike Budenholzer is a professional basketball coach from Holbrook, Arizona. He continuously supervised the San Antonio Spurs for eighteen seasons.

He started as a video coordinator for the team in the first two seasons and then as an assistant coach under head coach Gregg Popovich for the remaining sixteen seasons. Mike is also renowned as the former head coach for Atlanta Hawks of the National Basketball Association (NBA).

Budenholzer’s birth name is Michael Vincent Budenholzer. He was born on August 6, 1969, in a small town in northeastern Arizona called Holbrook.

His father is Vince who was a coach and a teacher at Holbrook High and is one of the town’s most respected personalities. His mother’s name is Libby.

He attended Holbrook High during his childhood and adolescence. A fan of basketball, football, and golf Mikey’s success in basketball credits to his dad who inspired and taught him how to play basketball and kept him motivated.

Mike Budenholzer studied at the Holbrook High School and after completion went to Pomona College in Clairemont, California. He continued playing basketball and golf throughout his college life.

He graduated from Pomona College with a bachelor’s degree in philosophy, politics, and economy.

Immediately after his graduation, Mike started playing professionally for Vejle Basketball Klub, Denmark. He was also a head coach of the club’s youth system for two of the teams. In the 1994-95 season, Mike was hired as a video coordinator for the NBA team San Antonio Spurs.

He held the position as a video coordinator for two years and then started assistant coaching the same team under head coach Gregg Popovich. During his career with the Spurs, the team has won four NBA Championships. Mike left the Spurs in 2013 to join as head coach at Atlanta Hawks was promoted as its president in 2015 and departed from the team in 2018.

Mike Budenholzer won the coach of the month for the January 2015 Eastern Conference.  He was also inducted into the Pomona Pitzer Hall of Fame on August 1, 2015.

Rumors are that Mike Budenholzer left the Atlanta Spurs to join with the Phoenix Suns. Mike was also arrested in 2013.

The cops suspected that he was driving under influence but was later found not guilty of the charge. He does not have any other controversies regarding his career or his personal life.

Mike Budenholzer’s hair color is light brown. The color of his eyes is blue. Other information about his body measurements like height, weight, etc is unknown.

Mike Budenholzer is not a fan of social media and chooses to remain inactive in social media.