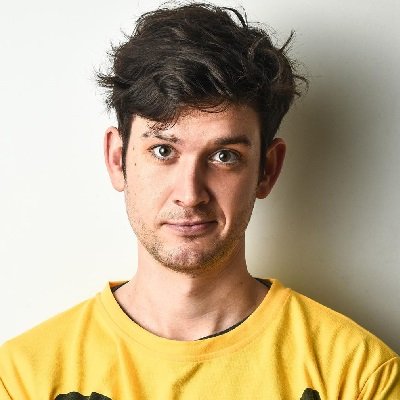 The couple exchanged vows on the 5th of October 2018. He and his wife married in a simple manner in a courthouse ceremony. After the ceremony, they and their wedding guests had an intimate dinner.

Later, on 18th September 2020, he shared a picture of them when they started dating each other.

Who is Mike Castle?

American Mike Castle is an actor and comedian. He is renowned as A.J Salerno of Clipped and Captain Jayden of LA to Vegas.

Last, in 2020, he appeared in the TV series, Brews Brother as Adam.

Next, he will be appearing in the movie, Action#1 as Patrick. As of now, the movie is completed waiting to be released.

Mike Castle was born on 27th February 1989 in Chicago, Illinois. He is of British-Latin ethnicity. His birth name is Michael Castle.

He is the only son of Gregory Castle (father )and Kate Liston-Castle (mother). He spent his childhood in the Beverly neighborhood of Chicago.

In 2007, he completed his High School education from the all-male catholic college, Brother Rice High School. During the college days, he used to as the computer help desk.

Mike Castle started his professional journey as an actor with the short, The Ghosts in 2011. In the short romantic-drama, he portrayed the character of Randy. Following that, he appeared in the character roles in the series Harder Than It Looks and short, Pittsburgh Frank.

After that, he appeared on the TV Movie, Family Trap. In the comedy-drama, which is centered around the family comedy, he played the character of Zach. Later, he appeared in a few TV series like Hope & Randy, Sirens, and Bad Advice From Brother.

However, he got recognized with the TV-mini series, Clipped as A.J. Salerno. The comic series is based on the High School friends who found all working at the same barbershop in Charlestown, Massachusetts. After that, he appeared in the series like Grace and Frankie, American Dad!, LA to Vegas, and Pandas in New York.

Moving forward, in 2019, he featured the comedy series, #VanLife as a leading character, Brady. The series became one of the milestones of his acting career.

Recently, in April 2020, he appeared in the TV series, Brews Brothers. In the series, she portrayed the character of Adam along with his brother of Wilhelm Rodman played by the actor, Alan Aisenberg. Besides acting, he also performs in the Upright Citizens Brigade Theatre as Improvisor and stand up comedian.

As of 2020, he has an estimated net worth of $600 Thousand. His earnings as an actor are in the range of $21k to $215k. Besides that, he also earns as an improviser and stand-up comedian.

Mike Castle has brown eyes with brunette hair. He stands at a height of 6 feet 3 inches and has a decent weight.

Talking about his appearance, he has a charming persona with oval-shaped facial features. Recently, he has shaved some of his eyebrows during the COVID-19 quarantine.

Channing Tatum Pens Powerful Letter for Daughter Everly about Empowering Women: Always Be Your ‘Authentic Self’