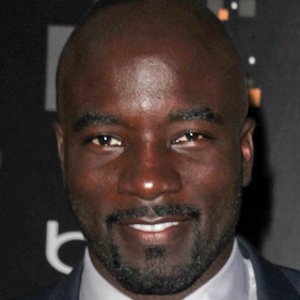 Netflix shook it up, brought this whole new generation of people who said, 'I watch things when I want to watch, how I want to watch, where I want to watch, and that's something that no one's going to ever forget.' This has changed the game completely, and I think it's the tip of the iceberg

I think, in a career, you have several breaks that lead to a big break. Small things here and there all add up to cracking away at the dam. Then the dam breaks

There's no book to figure out how not to become a victim of police brutality.

What is the relationship of Mike Colter?

Reflecting on a personal life of Mike Colter, he is a married man. He married Iva Colter in the year of 2016 after getting to know each other at its best. He confirmed that he has a daughter with her on the Wendy Williams Show on 27 September 2016. He is living happily with his family members in Los Angeles. There isn’t any information about him being in other relationships that we know of.

Who is Mike Colter?

Tall and handsome Mike Colter is an American renowned actor. He is best known for his roles as Lemond Bishop in the television series The Good Wife and Malcolm Ward in Ringer.

Mike was born on 26 August 1976, in Columbia, and raised in. Matthews, South Carolina. He is of African American ethnicity and has an American nationality. As of 2021, he is 45 years old.

The son of Eddie Lee Sr.(father) and Freddie Marion Colter(mother). His birth name is Mike Randal Colter. He was born the youngest of five children.

In Which school did Mike Colter attend?

Colter studied at Calhoun County High School and attended Benedict College. He transferred to the University of South Carolina from Benedict College where he graduated with a bachelor’s degree in theater in 1999. He also joined the Rutgers University Mason Gross School of the Arts where he obtained an MFA degree in acting.

Mike Colter was inspired to pursue an acting career when he saw Denzel Washington in A Soldier’s Story. He has been active in the entertainment field since 2002 and he is still active in it. He debuted in the episode of Hindsight in the television series ER portraying the character of Watts.

Later on, he appeared on numerous television series with short roles. He became successful to impress fans and critics with his acting skills even with short roles. In 2004, he debuted in the film ‘Million Dollar Baby’ portraying the character of boxer Big Willie Little. In 2011, he portrayed the character of the main role Malcolm Ward in the television series ‘Ringer’.

He was also cast in the title role of Luke Cage. With the success of season one, the producers are all set to venture into making season 2 of the same series. Mustafa Shakir and Gabrielle Dennis are two new actors in season 2. Mike Colter’s ‘Girls Trip’ and ‘The Defenders’ are set to hit the theaters in mid-2017.

He has been nominated for several awards for his acting skills. He has also appeared in video games roles including in 2014 Halo: The Master Cheif Collection and 2015 Halo 5: Guardians.

Mike Colter: Salary and Net Worth

His salary has not been disclosed, his net worth is said to be $2 million.

Is Mike Colter involved in any rumors and controversies?

He suffered controversy for a passionate kiss that he shared with Rosario Dawson as they film Marvel’s Luke Cage scenes in New York. Mike has married a white woman and this interracial marriage also received a fair amount of criticism. But Mike and his Iva have hit back at the critics and haters saying that they value a person’s inner self more than race or skin color.

Mike Colter is 6 feet and 3 inches tall with a bodyweight of 93 kg. His chest size is 45 inches, waist size is 36 inches and his biceps size is 15.5 inches. He has black hair and dark brown eyes. Further, his shoe size is 9.5 US.