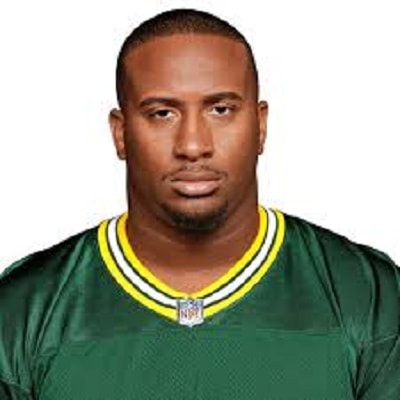 Mike Daniels is a married person. He has been married to his longtime girlfriend Heaven Daniels since July 12, 2014. They met for the first time when he was studying at the University of Iowa. The couple welcomed four children, two sons, a daughter, and their fourth child was born in late 2018. His first three children share same birthday Aug 3.

Who is Mike Daniels?

Mike Daniels is an American football player who is a defensive end and a free agent, having played for Iowa Hawkeyes and Green Bay Packers.

He attended Highland Regional High School and graduated from there and enrolled at the University of Iowa for a major in sociology.

While a student in high school he played running back and defensive tackle. In his second year, he had 41 tackles and six sacks, in the junior year he had 84 tackles and nine sacks and in the senior year, he had 97 tackles and 12 sacks.

In the University of Iowa, Mike Daniels played for the Iowa Hawkeyes. He was redshirted during his first year there and in the second year, he played in all 13 games. In the junior year, he played in every game, of which he started eight.

In his senior year, he started all 13 games at defensive tackle and led the team in tackles for loss and sacks.

Talking about his awards and nominations, he was named to his first Pro Bowl after the 2017 regular season.

Mike must have accumulated a huge sum of money from his professional career. However, Mike has not disclosed his exact net worth, salary, and income.

Mike has been successful in keeping himself far from rumors and controversies in his personal and professional life.

Mike Daniels has a height of 6 ft and weighs 132 kg. Also, he has dark brown eyes and black hair.