Mike Einziger is an American musician, songwriter, record producer, inventor, and technology entrepreneur. He is a member of the band Incubus. His wife is Ann Marie Calhoun and they have two children. 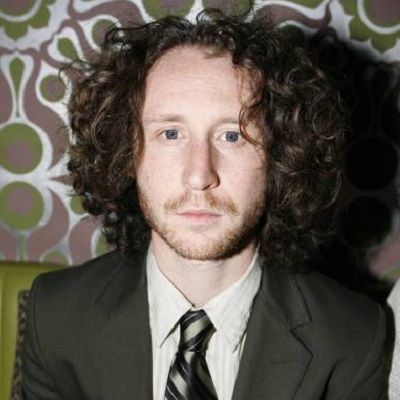 I have big hair. It rises like the unlevened bread of my ancestors.

Mike Einziger is married to Ann-Marie Calhoun. She is an actress and technology entrepreneur by profession. They were married.

Together, they have twins, Penelope, and Telulah. They lived along with his pets, Rufus and Billy.

Previously, he was in a relationship with Lily Aldridge. They started seeing each other in 2004 and parted their ways after 2 years.

Prior to that. Mike was dating Cameron Richardson in 2002. They dated for a year. Mike has a keen interest in physics.

Who is Mike Einziger?

American musician Mike Einziger is multiple Grammy-nominated songwriters. He is renowned as a co-founder of the American Rock band, Incubus.

He is a co-founder and the CEO of Versicolor technologies.

Last, On the 3rd of April 2017, he appeared at Staples Center in Los Angeles, CA with his band, Incubus.

Mike Einziger was born as Michael Aaron Einziger on the 21st 0f June 1976 in Los Angeles, California, U.S. He is of Britain-Irish ethnicity.

He has three siblings, Rachel, Ben, and Paul. His brothers, Ben and Paul are a member of the band, Vent.

In 2008, he was enrolled at Harvard University as a special student to study music.

Mike Einziger started his career at the age of 15 as the co-founder of the rock band, Incubus. The founding members of the band include his High School classmates, Brandon Boyd, Jose Pasillas II, and Alex Katunich.

To date, the band has sold more than 23 million albums over the world.

In 2003, he founded the American band, Time Lapse Consortium. The band was active in that year only. Apart from that, he also collaborated with the singer like Ziggy Marley, Flea, and John Frusciante.

In 2007, he went through surgery for Carpal tunnel syndrome. Such a medical condition forced him to break from the band and postponed his musical tour.

During the time, he composed the symphony, End.>Vacuum with containing nine movements. On the 23rd of August 2008, the composition was played by A sixty-piece orchestra, conducted by Suzie Katayama at UCLA’s famed Royce Hall.

On the 21st of November 2009, he participated in the festival, EUREKA! In the festival, he performed his latest musical endeavor, Forced Curvature of Reflective Surfaces. The musical piece based on glissando was written for 12 electric guitars and 12 strings (violin, cello).

– 2009, orchestrated and recorded the album, This Is War.

-2012, he associated with the music home, progressive house, and release the song Wake Me Up!

Apart from that, he also earns through his concerts.

Mike Einziger is a hazel-eyed brunette. His height is 5 feet 6 inches and has a decent weight.