Updated On January 20, 2023 | Published By: Arun Mehata
Share this
Married 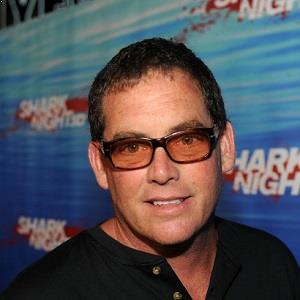 What is the relationship of Mike Fleiss?

The pair married Daphne Alexandra Vorbeck. They have two children from the marriage. The marriage eventually came to an end in 2012.

Who is Mike Fleiss?

Mike Fleiss is an American TV and film producer. He is the creator, producer, and writer of ‘The Bachelor’, The WB’s ‘Superstar USA’, ‘The Bachelorette’, ‘The Will’ and ‘High School Reunion’.

Who are the parents of Mike Fleiss?

Fleiss was born in Fullerton, California on April 14, 1964. Additionally, he is the second cousin of Heidi Fleiss.

Further information regarding his childhood years and early life is not available at present. He is of American nationality. Furthermore, he has not revealed his ethnic background as of now.

Talking about his education, there is no detailed information regarding Fleiss’ educational background at present.

Fleiss initially began his career in the late 1990s producing for shows like ‘Hollywood Stuntmakers’. He did not score his first major success until 2000 as the executive producer of ‘Who Wants to Marry a Multi-Millionaire?’.

He has since then produced numerous television series. Some of his feature film production credits include the 2005 horror film ‘Hostel’ and the 2006 disaster movie ‘Poseidon’.

Fleiss has more than 50 credits as a producer.

Furthermore, Fleiss also has more than 15 credits as a writer and 3 credits as a director. Talking about his award win and nominations, Fleiss garnered the Sound & Vision Award nomination in 2011 for ‘God Bless Ozzy Osbourne’ which he shared with Mike Piscitelli.

Additionally, he won the Audience Award at San Francisco International Film Festival for ‘The Other One: The Long, Strange Trip of Bob Weir’.

Fleiss has not revealed his current salary. However, he has an estimated net worth of around $80 million.

Fleiss became part of a controversy after he was criminally charged for harassing Baywatch star David Charvet and his wife, actress Brooke Burke in November 2014.

Additionally, he also became part of another controversy due to his bizarre and mildly offensive Twitter posts. At present, there are no rumors concerning Fleiss and his career.

What are the body stats of Mike Fleiss?

Talking about his body measurement, Fleiss has a height of 6 feet 4 inches (1.93 m).

Furthermore, his hair color is black and his eye color is hazel grey.

However, he is active on Twitter. There, he has more than 97.8k followers and has tweeted more than 6k times.

Tags : ‘High School Reunion' American TV and film producer. The Bachelor The Bachelorette Who Wants to Marry a Multi-Millionaire?

Hallmark Channel star Jen Lilley is pregnant with her first child and it is a baby girl!