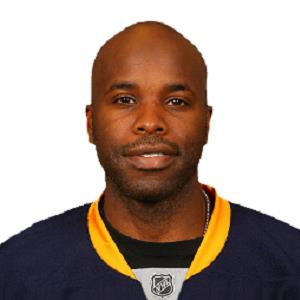 Reflecting on a personal life of Mike Grier, he is a married man. He is married to Anne Grier. There is no information on when and where they tied the knot.

The couple has three beautiful children. He is very much composed with his life and says he feels like he is settled.

Who is Mike Grier?

Tall and handsome Mike Grier is an American retired ice hockey player. He has played for different teams in the National Hockey League (NHL). He is best known as the assistant coach Saint Sebastian’s School.

Mike was born on 5 January 1975, in Detroit, Michigan. He is of North American ethnicity and has an American nationality.

He is the son of Bobby Grier. His birth name is Michael James Grier. His father was the Associate Director of Pro Personnel for the Houston Texans of the National Football League (NFL).

Grier studied at St. Sebastian’s School where he started playing ice hockey. After graduating high school, he attended Boston University. At the age of 9, he appeared in Sports Illustrated’s “Faces In The Crowd” section in issue 06-18-84/Vol. 60.

On 4 March 2004, he was traded to the Buffalo Sabres. He recorded four game-winning goals for the Sabres and contributing to their run to the 2006 Eastern Conference Finals. He signed with the San Jose Sharks but soon he returned to the Buffalo Sabres on 10 August 2009. Ater being a free agent, the Bauffalo Sabres did not sign him and he officially announced his retirement from the NHL on December 1, 2011. He has been a part of the top penalty-killing units for the teams that he played for.

Mike Grier: Salary and Net Worth

Unlike other players, he hasn’t been in rumors but he suffered a controversy when he retired from NHL after 14 seasons.


Mike Grier has the height of 6 feet 1 inches. He weighs 103kg. He has brown eyes. Furthermore, there are no details regarding his body measurements.