Mike Judge is an American actor, producer, writer, musician, and director. Mike Judge is not having an affair with anyone presently 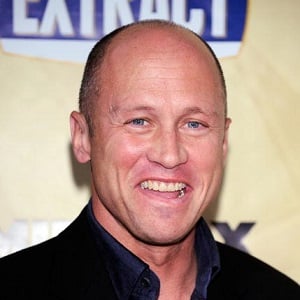 They say it figures MTV would do such a vulgar, awful, horrible show and they completely miss that it's satirizing the people who watch MTV.

When the show started out, it was like all of a sudden we had to do 35 episodes and we had just a month and a half to write them, and it took me a while to realize that I was in charge.

Why should every single character be an honor student who goes around helping others and never doing anything wrong? Is that like the rule or something?

Mike Judge was previously married to Francesca Morocco. The pair were together since February 1989. They later divorced, however, the date of their separation is not available at the moment.

He also dated Katrina Bronson for a brief amount of time and they have a son from this relationship, Charles Judge. Additionally, Judge and Cherie Thibodeaux also dated from 2012 to 2014.

Furthermore, Judge has two daughters, Lily, and Julia with his ex-wife Francesca. At present, he is believed to be single.

Who is Mike Judge?

Mike Judge is an American actor, producer, writer, musician, and director. People mostly know him as the creator of the television series ‘Beavis and Butt-Head’.

Additionally, he has also worked as a co-creator for numerous television series including ‘King of the Hill’, ‘Silicon Valley’, and ‘The Goode Family’ among others.

Judge was born in Guayaquil, Ecuador on October 17, 1962, to parents William James “Jim” Judge and Margaret Yvonne. His mother was a librarian while his father worked as an archeologist.

From age 7, Judge was raised in Albuquerque, New Mexico. In addition, he developed an interest in acting since his childhood years. He is of American nationality. Furthermore, there are no details available at present about his ethnicity.

Talking about his education, Judge attended St. Pius X High School. Additionally, he later graduated from the University of California, San Diego in 1986 with a Bachelor of Science in physics.

Mike Judge initially moved to Silicon Valley and joined a startup video card company, Parallax Graphics. He was also part of Anson Funderburgh’s band for two years. Soon, he began writing short films and some of his early works include ‘The Honky Problem’, ‘Office Space’, and ‘Frog Baseball’.

Some other movies and television series that Judge has appeared in are ‘The Front Runner’, ‘Punching Henry’, ‘You and Your Fucking Coffee’, ‘King of the Hill’, ‘The Goode Family’, ‘Spy Kids 3: Game Over’, and ‘Spy Kids 2: Island of Lost Dreams’ among others.

He has also worked as a writer in television series including ‘Silicon Valley’, ‘Beavis and Butt-Head’, and ‘King of the Hill’. Furthermore, Judge also has 16 credits as a director and 5 credits as a composer.

Judge won the Primetime Emmy Award in 1999. Additionally, he has received several other nominations for the same award. He has also won the Winsor McCay Award and Animation Writers Caucus Animation Award. All in all, he has 5 wins and 30 nominations to his name to date.

Mike has not revealed his current salary. However, he has an estimated net worth of around $75 million at present.

Judge became part of a controversy after HBO shows received criticisms for being ‘too white and male’ in 2018. Several contents of his show ‘Beavis and Butt-Head’ have also been termed controversial over the years.

Talking about his body measurement, Judge has a height of 5 feet 10 inches (1.78 m). Additionally, his hair color is dark brown and his eye color is blue.