Mike Majlak is an internet personality, blogger, photographer. He is also a Marketing Manager of the company, Lovesac. Mike has not yet been seriously committed in a relationship, he still wants to party hard! 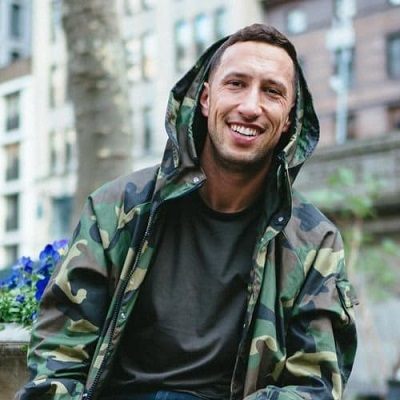 Previousy he was in a relationship with Lana Rhoades. Lana is an adult actress by profession.

They first met through Logan Paul’s video where Logan surprised Mike with Lana’s presence. Before the meeting, Mike had a huge crush on her. Soon after the meeting, they started dating each other. Also, Lana landed on some of his recent videos on YouTube. However, they broke up in October 2020.

His Instagram posts suggest that he has a very soft corner of dogs. Also, he shares his home space with two pet dogs, Henry and Brannie.

Who is Mike Majlak?

American Mike Majlak is a Marketing Manager and Internet Personality. Mike is renowned for as a co-host of Impaulsive podcast.

He is also popular for his annexation with social media stars like Logan Paul, Jacquelyn Noelle, Lydia Kenney, and Ayla Woodruff.

Mike Majlak was born on the 13th of January 1985 in Milford, CT. He is of British-Irish ancestry.

He has two sisters, Abby and Jill.

Mike shares a strong bond with his family, especially with his mother.

He joined Fordham University in New York City, NY. However, he dropped out of the University.

He started his career as a social media promoter with the blog, Nice Guy Promotions The Essential Foodie.

At the later, he used to work part-time as an event photographer. On the course of the time, he was associated with the company, Lovesac as a marketing manager.

His career took a turn when he met a fellow YouTuber, Logan. Together they started the channel on the 22nd of October 2018. The contents of the channel earned the attention of many people. In a very short span of time, it earned more than a million subscribers.

Prior to that, he created his YouTube channel on the 4th of October 2010. However, he started vlogging in 2017. After, some videos on the channel, he was busy with the YouTube channel, Impaulsive podcast.

Currently, he is active in his YouTube channel with his girlfriend, Lana. His last video on the channel has earned 1.2 million views and it is still on a count.

As of now, his video, taking on miami with lana has the highest number of views which happens to be 4 million.

Apart from that, he also earns through brand endorsements.

He is a brown-eyed brunette. His height is 6 feet and 2 inches and weighs around 83kg.

Recently, he is accused of cheating his girlfriend, Laha Rhoades with a girl known as Dr. Phil. The news broke the internet when Lana tweet directed to somebody. On the Tweet, Dr. Phil. retweeted when states that imagine getting cheated from her boyfriend for a girl, Dr. Phil.

However, he managed to make Lana understand the situation. Later, Lana played a cheating prank, along with Mike’s friend, Logan Paul. The video was uploaded on Logan’s YouTube channel on the 12th of Feb 2020.

He also has a YouTube channel, Mike Majlak Vlogs with 617k subscribers and 29 million views.

His native place is Milford but later moved to Norwalk.