Mike Mattison has not disclosed anything in regard to his relationship status.

There is no accurate information that proves that he is either married or single or in a relationship with someone. 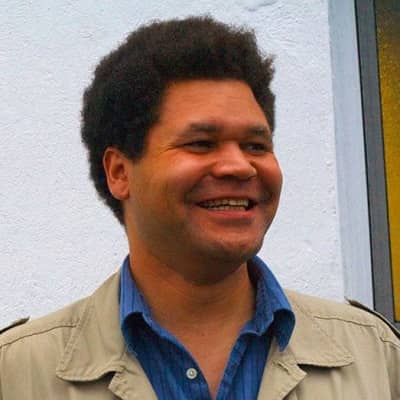 Who is Mike Mattison?

Moreover, he is also a lead vocalist and co-founder of the American blues-rock trio, Scrapomatic.

Mike has not revealed the name and other details about his parents. Similarly, he seems to be the only son of his parents.

He grew up in his hometown, Minneapolis, Minnesota, with his childhood friend, Paul Olsen who would later become his partner in forming the duo, Scrapomatic.

Mattison was influenced by jazz, the blues, and roots music and learned to play the recorder, clarinet, tenor saxophone, french horn, trombone, bass, and guitar from an early age.

Mike is American by nationality. Moreover, his birth sign is Sagittarius. He graduated from Harvard with a degree in English and American literature.

Mike Mattisonformed the band Scrapomatic in the mid-1990s along with his friend, Paul Olsen.

The band was originally a duo but it became a blues-rock trio when Dave Yoke joined in. They released their first eponymous album, in 2002.

After a couple of years in 2006, the group released their second album Alligator Love Cry under the label Alligator Records which gained wide attention and was more successful than the first album.

It was a major sign of their success to come.

They received huge popularity from the release of their most hit single Killing Yourself on Purpose from their third album Sidewalk Caesars.

From 2002, he also worked as a lead vocalist for the Derek Trucks Bands. He helped the band to release the albums such as Live at Georgia Theatre, Songlines, Songlines Live, Already Free, and Road songs.

After continuous success, the band broke up in 2010.

After the hiatus, he joined the Grammy Award-winning blues-rock/soul group, the Tedeschi Trucks Band led by Married couple Susan Tedeschi and Derek Trucks.

He is currently active with them and has already released albums including Revelator, Everybody’s Talkin’, Made Up Mind, Let Me Get By, Live from the Fox Oakland, and Signs.

He later released a new single You Can’t Fight Love and Afterglow.

As lead vocalist of Scrapomatic, he won a nomination for Minnesota Music Awards for best male vocalist. Similarly, he and Paul Olsen were also nominated for Best R&B Group.

Mike Mattison is believed to have an accumulated net worth of over $1m. He has enjoyed a successful career as a singer with some major hits for over a decade.

Mattison’s main source of income is his professional career as a singer. Mike owns a luxurious house in Minnesota.

There are no rumors and Controversy about Mike.

Mattison has a decent height and weighs moderate. Similarly, he has naturally curly black hair and charming hazel eyes.

Mike is not active on media platforms.