Mike Norris is an American actor and director.

Mike Norris is a married man. He is married to his longtime girlfriend, Valerie Norris. They tied the knot on May 23, 1992.

The couple owns Fiddle Entertainment motion picture studio. He is enjoying his married life with his wife and children without any rumors of separation or an extra-marital affair. 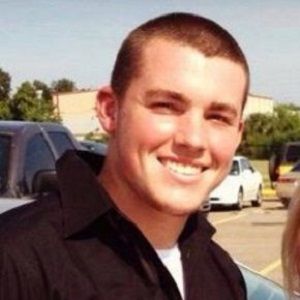 Who is Mike Norris?

Mike was born on 4 October 1962, in Los Angeles County, California, USA. His nationality is American and ethnicity is mixed(English, Scottish, Welsh, and German).

He is the son of the actor and martial arts champion, Chuck Norris(father) and Dianne Holechek(mother). He has two brothers: Eric Norris and Dakota Alan Norris. His brother Mike is An American actor. He has two sisters namely Danilee Kelly Norris and Dina Norris.

There is no information on Mike’s academic qualification. However, he is a graduate.

He starred in the 1986 drama film Born American and the 1991 action film Delta Force 3: The Killing Game. He also directed and starred in the 2009 Christian film, Birdie & Bogey. Through 2nd Fiddle Entertainment Norris has written produced and directed the films Birdie & Bogey, Maggie’s Passage and I Am Gabriel.

Norris’ next project is an adventure that he has written called Mission Air. One can see his video on Youtube and his fans followed him on twitter, info about his life and bio can be taken from wiki.

Mike Norris: Salary and Net Worth

Mike has a height of 6 feet. His body weighs 79kg. He has light brown hair and brown eyes.

Also know more about the early life, career, net worth, relationships, and controversies of other actor and director including Andy Berman, Branden Williams, Andrew Mccarthy, and Andrew Keenan Bolger.