Updated On November 23, 2022 | Published By: James
Share this
Married 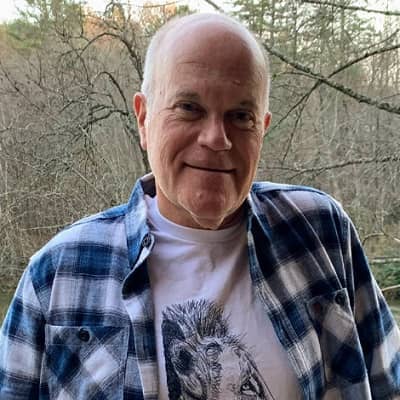 What is the relationship of Mike Pniewski?

Mike Pniewski is married to a makeup artist, Jaye Jackson-Pniewski. She is best known for her works in short films The Big Table (2009) and Encuéntrate (2011). They were in a romantic relationship before getting married.

They are blessed with three children with no details of them.

Mike Pniewski is an American actor and public speaker. He is known for his appearance as Chief of Detectives Kenny Moran on the hit television series Law & Order: Criminal Intent.

Furthermore, he is currently the Atlanta Local First Vice-President of SAG-AFTRA.

What are the birth facts of Mike Pniewski?

As of now, Mike Pniewski is 60 years old and he was born on April 20, 1961, in Los Angeles, California, USA. His birth name is Michael A. Pniewski.

Mike has not mentioned the names of his parents. However, he was born to a middle-class family, his dad was a former Marine who worked in electronics manufacturing and his mother worked in the Orange County library system.

He and his parents lived 40 miles from the glitz of Rodeo Drive and Beverly Hills with his two younger brothers in Santa Ana, California.

He was an acting lover since his childhood. At his Catholic school, he joined “Fiddler on the Roof” willing to become the next Paul Newman.

He belongs to American nationality and his ethnicity is unknown. Regarding his education, he studied at UCLA and graduated in 1983 with a Bachelor of Arts Degree in Theater winning the Natalie Wood Acting Award at the same time.

Mike Pniwski started his career at an early age, however, he debuted in his first film, Hill Street Blues in the year 1984. After that, he was cast in high-profile films like Hunter and Santa Barbara.

Later, he was praised and well-received for his roles as Chief of Detectives Kenny Moran on the hit television series Law & Order: Criminal Intent and as legendary football coach Bobby Bowden in the film We Are Marshall.

Furthermore, he has won the Best Actor Award for the film “Mend” in 2020.

Of all his films, his noticeable ones are Big Love, Thief, The Riches, Miami Vice, The Ultimate Gift, The Sopranos, Blue Bloods, CSI: NY, Conviction, Warm Springs, Buried Alive II, Spaceballs, One Tree Hill, CSI: Miami, ER, Runaway Jury, From the Earth to the Moon, Ray, Remember the Titans, NCIS: New Orleans and Two Soldiers among the others.

In the year 2020, he won Acting Award and Festival Award for the movie, Mend.

How much is the net worth of Mike Pniewski?

Pniewski has earned a hefty amount as an actor. He charges a good amount for his appearance on television. Likewise, he has an estimated net worth of over $1.5M.

Pniewski is a good-looking man with blue color eyes and grey hair. Furthermore, he has a decent height, and no information is available on his weight.