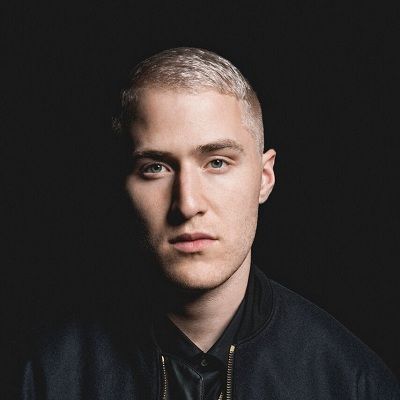 If you believe, work hard, and smile there's nothing you can't accomplish

A lot of people considered my career as an artist largely over. Two albums got shelved. But I've made music since I was a little kid, and for the majority of that time, I wasn't paid for it. So I will always be making it

I was really lucky to grow up in an extremely diverse neighborhood. I grew up in a city called Southfield, and it's one of the most diverse cities in the country. Just from the different socio-economic statuses and racial and ethnic group I was around, I was around all different types of music from the beginning.

Mike Posner is single. He is not dating anyone currently. Mike had at least 1 relationship in the past. Mike has not been previously engaged.

Who is Mike Posner?

Michael Robert Henrion Posner is an American singer-songwriter, poet, and record producer. He is currently taking a national walk from New Jersey to California.

Mike Posner is 31 years old. He was born on February 12, 1988, in Detroit, Michigan, U.S. Mike was the son of Jon Posner who was a criminal defense lawyer and died on 11 January 2017. His mother’s name is  Roberta Henrion. He has a sister named Emily Henrion Posner who is a civil rights attorney. He belongs to American nationality. There is no information about his ethnicity.

Mike Posner went to Bingham Farms Elementary School, Berkshire Middle School. He graduated from Groves High School, where he ran varsity track and cross-country. Mike was a member of Sigma Nu fraternity when he attended Duke University. He passed B.A. in Sociology with a 3.59/4.0 GPA.

Mike Posner started his career in 2008. As a record producer, he worked on some tracks with his hometown friend Big Sean. Posner composed and featured on Big Sean’s first mixtape on the song, titled “Yagum”. In 2009, Posner’s second mixtape, A Matter of Time (the first mixtape being Reflections of a Lost Teen) started attracting industry attention.

Posner’s third mixtape One Foot Out the Door was liberated in October 2009. In August 2010, Posner’s debut album, 31 Minutes to Takeoff was released. On October 7, 2011, RCA Music Group announced it was dissolved J Records along with Arista Records and Jive Records.

After the release of his debut album, he started working on his second studio album under the title Sky High and released the single “Looks Like Sex” to digital outlets on December 2, 2011. He took a break from composing music to write and produce songs for other artists. Posner later announced via Twitter that his next forthcoming album would be titled Pages and would be released in early June or late Summer 2013.

On June 11, 2013, his single “The Way It Used To Be” premiered on digital outlets. It was announced that he had filmed a music video for his new single “Top of the World” in September 2013, which would appear on his upcoming Page 1 EP, set for release in October. Posner announced his Unplugged tour on March 4, 2014.

Moreover, Posner released “Song About You”, the lead single from his third studio album, A Real Good Kid in September 2018. In 2019, Posner was bitten by a rattlesnake while he was in walk and was hospitalized in Colorado, delaying the walk for “quite a few weeks”.

Similarly, he was nominated by The 59th Annual Grammy Awards and iHeartRadio Music Awards for Song of the Year, Dance of the year and Best Music Video in 2017. In 2017, he won the 2017 ASCAP Pop Music Awards for Most Performed Song.

Mike Posner has an estimated net worth of $8 million. There is no information regarding his salary and income.

Mike is 6 ft 1 in tall and weight of 77 kg. He has Light Brown hair color and blue eye color. His body measurements are 42-32-15 Inches, including His Chest 42 Inches, Waist 32 Inches, and Arms or Biceps Size 15 Inches. There is no information about his shoe size.

Singer Mike Posner bitten by a baby rattlesnake while trekking in Colorado! Know about his health now!

Blackbear’s identity as rookie rock-leaning singer and songwriter took a turn to a rapper and more R&B-oriented singer!