Renowned as a member of Bravo's reality TV series, Shahs of Sunset. 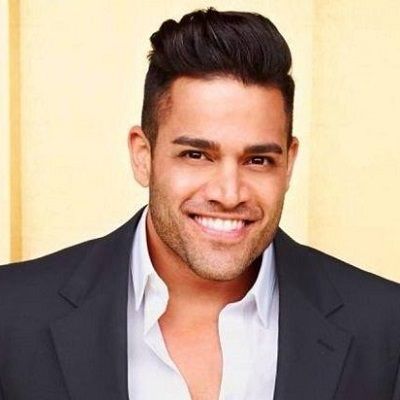 Mike Shouhed is in a romantic relationship with Paulina Ben-Cohen. His girlfriend, Paulina is also a member of Shahs of Sunset.

They first met in the set of the show where they instantly bonded with each other as friends. Later, the friendship changed into love. The lovebirds first went to Taco Bell.

The first date was a little bit unplanned where Mike ordered everything on the menu that cost them $800.

Prior to that, he was married to Jessica Parido. They married in 2015. Sadly, they divorced each other two years later. At the time, his Ex-wife, Jessica accused him of cheating. Despite their bitter past, they share a good friendship with each other.

Who is Mike Shouhed?

Iranian Mike Shouhed is a real estate agent and TV personality. Shouhed is renowned as a member of Bravo’s reality TV series, Shahs of Sunset.

Mike Shouhed was born Michael Shouhed on the 12th of October 1978 in Tehran, Iran. He is of Persian ancestry.

His father celebrates his birthday on the 12th of October. After one month of his birth, his family moved to the United States.

He graduated from the University of California with Honors in Political Science and Economics.

In 2012, he first appeared in Bravo’s reality TV series, Shahs of Sunset. In the series, he appeared as a one of the Persian-American among the six casts of the series. The series is based on the lifestyle of Persian-American who are balancing their life in America also their traditional values.

He appearing till the 5 seasons of the series and stop featuring the series. However, in 2020, he appeared in the series.

Apart from the series, he has also made his appearance in other series that includes Watch What Happens Live with Andy Cohen, Dish Nation, and The Shahs Come Clean with Nadine.

However, he never gave up and restarted as an agent in his hometown where he was raised.

Also, through his job as a real estate agent, his earnings were in the range of $23k to $89k.

Apart from that, he also earns through his online business.

He has black eyes with black hair. His height is 5 feet and 4 inches and weighs around 75 kg.

The reality TV star has once been in the legal battle with his fellow co-star, Reza Farahan. The disputes among the fellow co-star arose when Mike’s make the T-shirts bearing Reza’s face. Later, Reza accused that he never got his permission for that.

In defense, he said that his T-shirts are in the shop for many years. Hence, he is late is for complaining about that. Finally, they came to a common ground for agreement when Reza sent him a letter with the demand to stop selling the T-shirts.