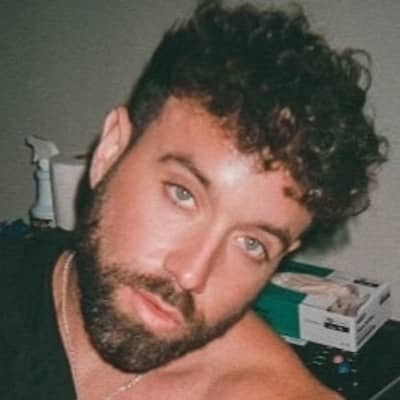 Mike Stud is currently possibly single. The details of his present affair and girlfriend are unknown.

But he was in a relationship in 2015 with Josie Marie Canseco. They dated for four years but broke up in 2019.

Who is Mike Stud?

Mike Stud an American musician, entrepreneur, and podcaster. He is an expert in Hip-Hop, Country, plus Pop music genres.

Also, he played Baseball at Duke University and Georgetown University. He also hosts a podcast named YNK: You know what I mean?

His birthdate is 30 Oct 1988 and he was born in Cranston, Rhode Island, the United States as Michael Francis Seander.

The name of his mother is Mary and his father’s name is Michael.

Mike’s ancestry is Swedish-English-Irish and has an older sister. As per his academics, he passed out from St. Raphael Academy in 2006.

He then enrolled at Duke University then went to Georgetown University for a year to study Sports Management.

Mike Stud used music for passing time during his Tommy John surgery. But eventually, he became fond of it and is now one of the popular rappers.

His first musical project was a video titled College Humor that came out in 2010. This was loved by the viewers and has millions of views.

As of now, Mike has released several albums with labels such as 4THEHOMIES Records LLC, Electric Feel, and 300 Atlantic. His first album Relief was released in 2013.

His net worth is said to be around $1.6 million US as of 2021. However, his salary and other earnings are unknown.

He also has his own merchandise like T-shirts, hoodies, caps, and more.

This musician is keeping himself away from rumors and desperate scandals.

Mike Stud’s height is 6 ft 2 inches and his body weight is 94 kg. Similarly, his eyes are bright blue and his hair color is dark brown.

His curly hair and rugged beard are the talks of his body.

Full story of the gruesome relationship of Alexa Nikolas and Mike Milosh! All about the ‘Grooming by the Groom’ open letter