Former rugby player Mike Tindall is married and a father of three,

Mike Tindall is married to Zara Phillips. His wife Zara is the daughter of Anne, Princess Royal, and the eldest the granddaughter of  Queen Elizabeth II and Prince Philip, Duke of Edinburgh.

The lovely couple first met during the 2003 Rugby World Cup in Australia.

The couple gets engaged on the 21st of December 2010. And the wedding was held on the 30th of July 2011 at Canongate Kirk in Edinburgh with the attendance of all senior members of the royal family.

After 3 years of marriage, the couple had their first daughter, Mia Grace  Tindall on the 17th of January. Unfortunately, two of Zara’s pregnancies ended in miscarriage.

Likely, on the 18th of June, Buckingham Palace announced the birth of their second baby daughter, Lena Elizabeth Tindal. 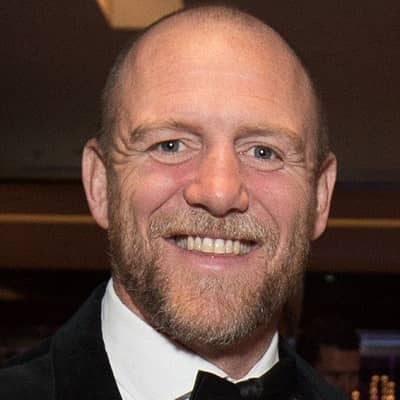 Playing for England was a massive honour and when I was in the team, that was all I wanted to focus on

Zara [Phillips] skis very well but is happy to take it easy around me. She will often wait for me when I'm on my snowboard but she can really whizz around if she needs to. I only snowboard if I'm on my own with Zara

if we're with other people who want to go a bit quicker, I will stick with skis

I said I'll need to get my nose straightened one day so that I can breathe properly and that was translated by the press into me having it done.

Who is Mike Tindall?

Mike Tindall is a former rugby player. He has played for the English national team.

Tindall was born on the 18th of October, 1978, in Otley, Yorkshire. His birth name is Michael James Tindall.

Mike’s father’s name is Philip Tindall who was also an avid rugby player and had captained Otley back in the days.

Later on, his father changed his career from a player to a banker and worked for Barclays. Likely, his mother, Linda Shephard is a social worker.

He started playing rugby at the age of seven with his dad and dad’s brothers.

He doesn’t seem to have siblings. Mike holds British nationality and is of English ethnicity.

He received his education from the private school Queen Elizabeth Grammar School, Wakefield.

First, Mike Tindall joined Bath’s rugby squad and started to play rugby when he was just 18 years old. With rugby in his blood, he also began playing the sport. After two years, his career took off. Mike proudly made his debut in the England team and was a regular fixture at both club and international levels.

He was the England captain for the rugby squad and led the team to victory in the 2003 World Cup. Then he has been into different matches and made his career.

In May 2012, he was selected for the Barbarians squad against England at Twickenham, Ireland at Kingsholm Stadium, Gloucester, and Wales at the Millennium Stadium.

Being one of the successful personalities, his net worth is said to be $5 million.

Mike not only earns a fortune from his sporting career but also his other side ventures. He owns his own company called Kimble Trading Vwhose net worth as of 2017 is $713,571.

He also has a string of sponsorship deals with major labels, such as clothing company Musto, as well as Rolex, Land Rover, and Artemis which heightens his net worth.

He hasn’t been into any controversies yet. However, he has two criminal convictions for drunk driving.

This player is tall standing with a height of 6 feet 2 inches and weighing 102 kg. He has blond-colored hair and hazel-colored eyes.

Mike’s nose was broken at least eight times during his rugby career and so he went on surgery in 2018. Now he has his perfect nose fixing his fractures.

Also, get to know about Alice Evans, Caroline Ducrocq, and Kate Phillips.