Updated On November 23, 2022 | Published By: Kunal Nagarakoti
Share this
Married 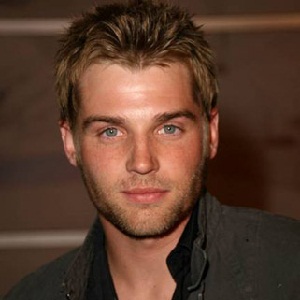 When my wife and I met, I couldn't talk to her - and my defense mechanism is sarcasm. I belittle someone with verbal pokes and prods. I did it to her out of complete awe. When friends introduced us, I said 'Hi' - and turned my back. Later, I called my mom and best friend and said, 'I think I just met my wife

I have many friends in Special Forces, and the amazing thing about these guys is how quickly they can read someone

I grew up a plumber's son in Philadelphia.

What is the relationship of Mike Vogel?

Moving towards his personal life, he is married to Courtney Vogel on 4th January 2003.

In 2021, the couple celebrated their 18th marriage anniversary. His wife Courtney loves Alf’s reruns and vegetables.

Who is Mike Vogel?

Mike Vogel is an American actor and former fashion model. He is well-known for his cast in the lead role as Dale “Barbie” Barbara on the series Under the Dome.

Who are the parents of Mike Vogel?

Mike Vogel was born on 17 July 1979, in Abington Township, Pennsylvania as Michael James Vogel. His nationality is American and his ancestry is German.

The name of his father is Jim Vogel and his mother’s name is Kathy Vogel. His father was a plumber by profession He has a sister named Kristin Vogel and a brother named Daniel Aaron Vogel.

His brother is a filmmaker. Further, he attended William Tennent High School in Warminster, Pennsylvania, US.

After that, he joined Carin University in Langhorne, Pennsylvania in 1998. He then frequently came to New York City in the early 2000s to audition for acting and modeling gigs.

There are rumors of Mike Vogel is in the running for the role of James T. Kirk in the upcoming Star Trek, but the role was being filled by Chris Pine.

Mike started his profession as a model, showing up in advertisements for Levi’s. Then, he got the chance to work in films and TV.

Vogel debuted in 2001 and has since been in several films and television shows, including The Texas Chainsaw Massacre, The Sisterhood of the Traveling Pants, Grind, Poseidon, and Blue Valentine.

For the 2017-18 season, he played the lead in the NBC military drama series The Brave. He has acted in shows and movies including:

He has a net worth of $1 million as of 2022’s reports but his salary is not revealed yet.

How tall is Mike Vogel?

He is extremely good looking and his well-toned body looks red hot when he decides to go shirtless. Mike is very tall as well as he has a great height of 5 feet 10 inches and weighs 76 kg.

He has a hair color that is light brown and his eye color is blue. His body measurements are 40-14.5-33.

Also get to know more about Greg Vaughan, Mehcad Brooks, and Adewale Akinnuoye-Agbaje.

This character was played by Mike Vogel.

How many kids does Mike have?

He has two daughters and a son.

Does Mike have any siblings?

He has one brother Daniel and a sister Kristin.
Alexander Koch