Posted on September 25, 2020 | In Dating , Interesting Facts , Wellness
Share this 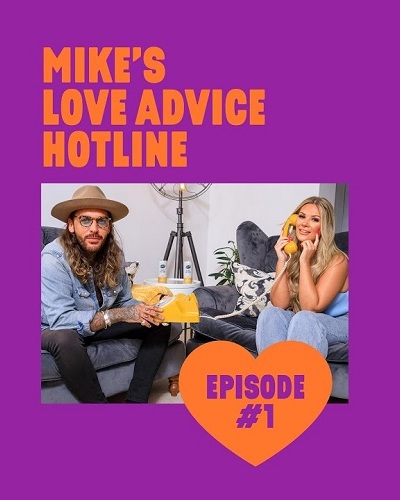 The makers of Mike’s Hard Seltzer drink are going to launch a new hotline for dating advice. In preparation for it, they decided to go a baseline study about what the young Britons think and do in their daily lives. And what did they find?

Mike’s Hard Seltzer drink makers are soon to launch a new dating advice hotline. Preliminary to it, they did a study to know what worries the young Britons and how much time they spent on thinking about love life. And 68% of Britons say that they overthink. Such things as what clothes to wear and why someone has not replied to their text message also worries them.

2000 adults were recruited for the study. 40% get entangled in unwanted plans and find it difficult to come out of it. 31% keep thinking about an office banter and feel that it might be taken in the wrong way. 32% of them also worry about their financial choices after they make it. 26% are unsure about how much to spend on a gift and worry about it while 31% do not know how to ask someone to repay their money.

About the thinking on the love life of Britons

60% of Britishers said that they feel that they spend too much of their time on love life. Two-thirds of the people who are single tend to overthink about what content to put on their dating profile. And 30% of them lie on the profiles in order to appear more attractive on it.

Besides, more than half of the studied people felt that they might not have enough to say on their date. They feel that they may run out of what to say or do. 46% of them also practice their speech and its content before they go for a date. 22% overthink what to wear for a date and 25% feel worried about their impression on their date.

Many people are also concerned about whether they should use the washroom at their date’s house (38%, 29% men and 51% women). The average time taken by an adult to draft a text message is nearly 9 minutes. 33% deliberately wait before they reply to a text message in order to not appear too keen.

25% avoid reading a text message from a date so that they do not allow the opposite person to know that they have read it.

And 25% of the people studied go on to take the approval of a friend or family member before they reply to a date’s message.

Hard Seltzer is an alcoholic sparkling drink and it is a pre-mixed alcoholic drink. And the new dating hotline will commence on Whatsapp on 25 September between 3 pm to 6 pm. It is hosted by Love Island reality TV star Shaughna Phillips, 25, and TOWIE star Pete Wicks. It is part of the company’s recent campaign. The campaign is all about telling people to not overthink and just go with the punches. Wow!