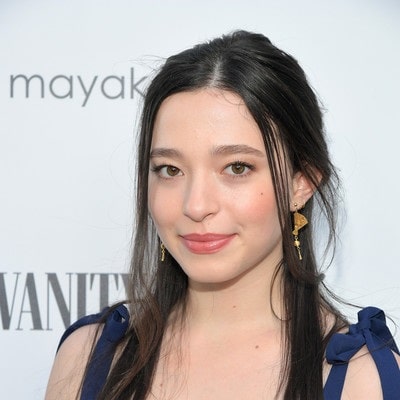 My parents are psychologists. My father is a specialist with schizophrenia and my mother works with mostly children

I'm the only actor in the family. My little brother does Parkour. My sister married a writer, so I think that's what sparked my interest in acting.

Mikey Madison might be living her single life. Also, she has not been linked with any other persons neither in the past nor in the present. Also, she is currently focusing on her career rather than being in a relationship. Hope, Mikey will find the perfect one very soon.

Who is Mikey Madison?

Mikey Madison is a famous American actress who is best recognized for appearing as Max Fox on the FX television comedy series ‘Better Things’ (2016–present).

Mikey Madison was born on April 8, 1999, in Los Angeles, California, U.S. Mikey is living happily in California with loving parents and siblings but she has not disclosed their names. She has a twin brother and she is a middle child with two older sisters- in their 30s- and a younger brother. Her parents are both psychologists.

Mikey holds American citizenship but her ethnicity is unknown.

Mikey Madison might have attended some reputed educational institutions but she has not disclosed the names of the college and universities.

Being a middle child, Mikey was timid and couldn’t speak easily and also, it was a huge task for her to even talk in front of her class. She did not even think to be an actress instead, she found solace in competitive horseback riding.

Later, she changed her minds towards acting and she was auditioning left and right, but nothing was coming her way. Finally, Mikey reached the audition for Better Things, and the reading went well.

Still, she did not dare to think she got the part as her audition was during the post-pilot season of TV shows. Interestingly, she was called again for a second audition. The audition went well, and she got the opportunity to meet the Emmy winner actor Pamela Adlon – the lead of Better Things.

Moreover, she was selected for the role of Max, eldest of the three daughters in ‘Better Things’. She became the breakout star of Better Things that premiered in 2016.

Similarly, she appeared as a daughter in the short film named ‘Retirement’ in 2013. Her other notable appearances include in ‘Monster’ as Alexandra Floyd, ‘Nostalgia’ as Kathleen, Kat Walker in ‘Rhino’, and Young Maddie in ‘Imposters’ from 2017 to 2018.

It seems Mikey has not been awarded and nominated for her work till date.

She must have accumulated a decent sum of money from her acting career however, she has $1 million net worth. She makes a salary of $5,258 per week from her television role. Also, it is hoped that her net worth will increase in the future as she is still active in her career.

Mikey Madison has been successful in keeping herself far from rumors and controversies in her personal and professional life.

The beautiful actress stands a height of 5 ft. 4 inches and weighs average. Mikey has dark brown eyes and black hair but information about her weight, body measurement, shoe size, dress size, etc.a are not available.