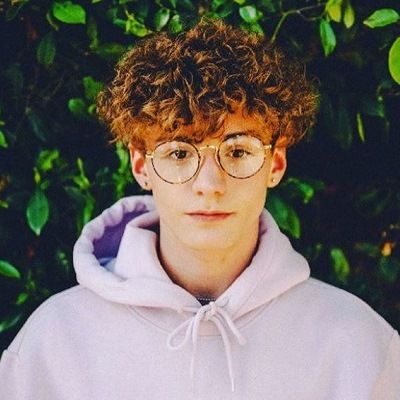 However, Mikey and Danielle started dating each other shortly after Danielle broke up with Sebastian. Apparently, the accident occurred when they were traveling in a car together.

Who is Mikey Tua?

Mikey Tua is an American actor. Mikey is also a dancer and social media celebrity.

He is also a group member of ‘Slightly Above Average’.

He developed a love for ballet at the age of eight. The dancer also took an interest in acting and followed his brother’s foot-step Jojo Tua.

Mikey Tua was born on June 12, 2002, in Silverdale, Washington, the United States. He is a Gemini.

His father is Delvin Tua and mother, Katie Tua. He has a brother, Jojo Tua, who is also an actor.

Mikey’s parents homeschooled him for his education.

Mikey started his career as an actor. Then, he made his screen debut in ‘Try to Smile’ movie as a character named “Austin”. Later, he played in the short film ‘Coma’, directed by Su Chen.

He made his big-screen debut with Jay Gerren’s directorial venture ‘Try to Smile’. Also starring Sébastien Charmant, Erica Denise Curry, and Katy Duncan, the film tells the story of a professional African American woman trying to fight off a curse that has been passed down in her family.

He also has a YouTube channel, with more than 280 thousand subscribers.

Mikey is also a member of the Instagram group name, ‘Slightly Above Average ‘. Currently, he is into the Impact Group and MSA Talent Agency.

Mikey Tua’s life has exposed him to many careers such as actor, dancer and social media. He has accumulated a good amount of wealth for his sage.

He has Auburn hair and blue eyes, his height 5 feet 5 inches, weighs 54Kg.