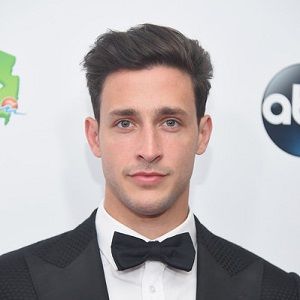 We need to not write off vaping as a safe alternative to smoking. It's not safe

Sleep is a regenerative process where we heal and where our neurons build strong connections. It's like a fountain of youth that we dive into every night

Who is Mikhail Varshavshi Dating?

Moving toward the private life of Mikhail Varshavshi, he is allegedly dating a Cuban-born model Besty Alvarez. The couple began dating in the year 2019 as per sources.

As of now, there is no issue of separation between the blessed couple. Their relationship is depending on mutual trust and understanding. They both are loyal to each other.

Previously, he is in a relationship with Jennifer Lahmers. She is a Fox News reporter in New York City.

The couple had been spotted celebrating Christmas and New Year’s Eve.

Prior to her, he had dated Miss Universe Pia Wurtzbach. Excluding this, there is no information regarding his personal affairs.

Mikhail Varshavshi is an American Doctor as well as an Entrepreneur. In 2015, he secured media attention when Buzzfeed published an article about him praising him for his good looks.

He had continued to grow in popularity as a leading voice for the medical community appearing on major television programs such as Good Morning America, Today Show, The Doctors, Rachel Ray Show, Mornings with Maria, Inside Edition, and Good Day.

Furthermore, he also speaks on a wide range of complex and sometimes controversial medical topics.

Mikhail Varshavshi was born on 12th November 1989 in Saransk, Mordovian ASSR, Soviet Union. His father worked as a physician and his mother was a mathematics professor.

Mikhail and his family had shifted to Brooklyn when he was 6 years old. He had a nickname Dr. Mike given by his friends who came to him for sports-related injuries knowing that Varshavski’s father is a physician during high school.

He had completed his graduation from the New York Institute of Technology with a B.S. in Life Sciences and a Doctorate in Osteopathic Medicine via an accelerated 7-year combined track.

From the year 2012, he made many television and public appearance and he had featured as a chief medical host on the live televised event Stand Up to Cancer U.K. special, during which he coached host Davina McCall in performing a rectal exam in 2016.

He had even appeared on the Dr. Oz Show, Good Morning America, The Doctors, Inside Edition, Fox News, and Telemundo.

Being a doctor, he had also been a guest speaker at several universities, public forums, radio shows, and health/lifestyle conferences.

He had even written articles in several medical journals as well as a contributor to AAFP, Men’s Health, NBC News, Livestrong, Women’s Health Magazine, Shape Magazine, and AskMen.

Besides this, he participated in various other charity events and philanthropic work. In 2017, he promoted the race by producing and starring in a viral video.

Through his hard work, he has earned much which fulfills his as well as his family’s need but there is no information regarding his salary and he has an estimated net worth of $4 million as of 2022. So far he hasn’t received any kind of award.

Once there was a rumor that he was dating Miss Universe 2015 Pia Wurtzbach but he had finally confirmed that they were staying in a relationship.

Moving towards his body measurements, he has maintained his height of 6ft  3inches and weighs 78kg.

His hair color is dark brown with a green pair of eyes. There is no information regarding his weight and other measurements.