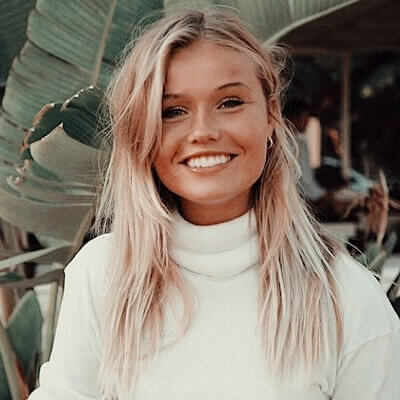 Mikkey Kiemeney is currently in a relationship. She has been dating footballer Frenkie de Jong for a long time. Frenkie is a Dutch footballer who plays as a midfielder for Spanish footballing giants, FC Barcelona. Previously, he used to play for Ajax.

The couple has known each other for a long time. They started dating when they both were in high school and have been together ever since then. Mikky has stayed with Frenkie through the highs and lows of his career.  They are one of the most loved couples in football at the moment and Mikky is considered to be one of the most beautiful WAGs at the moment. The couple might have plans to get married in the future but as of now, they are happy with where their relationship is.

Who is Mikky Kiemeney?

Mikky Kiemeney is a Dutch social media personality. She is best known as the longtime girlfriend of FC Barcelona midfielder Frenkie de Jong.

She was born to parents Marc Kiemeney (father) and Barbara Kiemeney (mother). Mikky is one of her parents’ three children and has two brothers named Bing and Billy Kiemeney.

She spent her childhood days in Hilvarenbeek and her ethnicity is Dutch.

Mikky Kiemeney loved playing hockey from a young age. She went on to become a hockey player and made her professional hockey debut for HC Den Bosch’s women’s team in 2015. However, for some reason, she could not continue.

She gained a lot of attraction from media and football fans after her boyfriend, Frenkie started gaining success in the Dutch league and the Champions League with Ajax. Eventually, she gained a lot of followers and as of July 2020, her Instagram account has over 1.3 million followers.

In June 2018, Dutch FHM named her the ‘Queen of the Wags’ in their annual top 500 poll. Mikky has also opened her own clothing and accessories brand called ‘Mikkyki’.

Kiemeney stands at a height of 5 feet 4 inches. She has blonde hair and a pair of beautiful green eyes.

Mikky has not been involved in any controversies. She has been able to keep herself away from any type of controversy and scandal. So far, she has not done anything controversial in her career. She has kept her profile clean and has simply focused on her career and personal life.

You may also like to read more about the Bio, Career, Social media, Body Measurements, and more about Andre Gomes, Ricardo Quaresma, Anssumane “Ansu” Fati Vieira, and more.