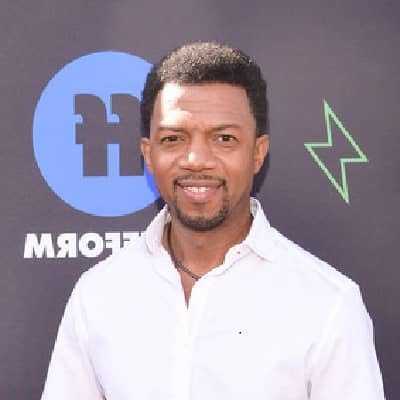 The relationship status of Miles Mussenden is unknown. He has also never talked on this matter.

The actor is also not seen dating anyone.

Who is Miles Mussenden?

He has portrayed multiple characters in the Marvel Cinematic Universe.

Born in on 19 January 1969, Miles is now 51 years old. His birthplace is London, UK. His parents were South American but their names are not disclosed.

Miles seems to be close to his family but hasn’t disclosed their names. He seems to bring up be her mother as he mentioned her as a single mother wishing her on the mother’s day in his Instagram post.

Mussenden and his family migrated to Brooklyn when he was just at his young age of nine.

He holds an American nationality and is of British ethnicity.

MIles was interested in acting from his young age and used to take part in different acts in his school.

He was trained at the American Academy of Dramatic Arts.

In the year 2010, Miles Mussenden decided to pursue his real career and fulfill his passion for acting. As soon as he graduated from high school, he entered the music business with his friends.

They together formed Two Friends Records and GrassRoots Entertainment where he managed performers such as Shabba Ranks.

Since then, he returned to acting eventually getting a recurring role in the show Army Wives. He has since been featured in recurring roles on Queen Sugar, Army Wives, and Bloodline.

Currently, Miles can be seen in the series regular role of ‘Otis Johnson’ in Marvel’s new TV series Cloak and Dagger, airing on Freeform.

The actor also works with local hands-on and non-profit charity organizations such as Front and Center, supporting ‘at risk’ youth, and Caring For Others supporting struggling families. He teaches a variety of acting techniques and even writing.

His net worth is around $1 million. Other information regarding his cars and salary is not available.

Till the date, he has not been in any sort of rumors and controversies. He doesn’t like to keep in touch with the media when it comes to his personal life.