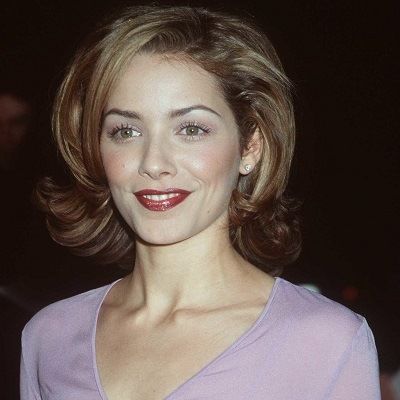 In Israel, I think I have the image of an 'Ashkenazi woman' as a stereotype. Someone once told me that I look like a deodorant commercial. But my appearance is misleading

I can be emotionally aggressive, too, and in 'Law and Order,' I once played a murderer. I see no limitations. I see both my toughness and the softness.

I loved putting on stories as plays when I was just six. I was the director, the actress and the set designer

I cast my girlfriends in parts, and I suggested to the local kindergarten teachers that we do free performances for the children.

I have no sentiments for nationality or for soil. But I grew up in Israel, so those things are in my blood, and I want to be part of Israeli culture.

Mili Avital is a married woman who has been enjoying her wonderful conjugal life with her doting husband Charles Randolph. The couple tied the knot on July 1st, 2004, in an intimate wedding ceremony. The loving couple is also blessed with two children, a son Benjamin Randolph and a daughter Fanny Randolph.

Moreover, Avital was previously in a relationship with David Schwimmer. It was reported that the couple started dating in early 1999 and broke up in November 2001.

Who is Mili Avital?

Mili is an Israeli-American actress, who is an award-winning film and stage actress famous for landing a role in the 1994 film Stargate. Likely, she has built an international career and has appeared in numerous Israeli and American films, television shows, and plays.

In Hollywood, she has worked in movies like ‘Stargate’, ‘Dead Man’, ‘Kissing a Fool’, ‘Polish Wedding’ and ‘The Human Stain’.

Mili Avital was born in  Jerusalem, Israel on  March 30, 1972, and she is currently 47 years old. Her father’s name is Iko Avital and her mother’s name is Noni Avital. She was raised in Tel Aviv and Ra’anana and has a younger brother Yoni.

Mili holds American- Israeli citizenship, but her ethnicity is Moroccan-Turkish. Her father is Moroccan-born and mother of Turkish descent. Her birth sign is Aries.

Talking about Mili’s education history, she has attended Thelma Yellin High school of the Arts in Giv’atayim.

Talking about her profession, Avital first acted in the 1992 Israeli film ‘Me’ ever Layam’. She then appeared in the American movies ‘Stargate’, ‘Dead Man’, ‘Invasion of Privacy’, ‘The End of Violence’, ‘Polish Wedding’, ‘Animals with the Tollkeeper’, ‘Kissing a Fool’ and ‘The Young Girl and the Monsoon’.

Additionally, she has appeared in films such as Jim Jarmusch’s Dead Man opposite Johnny Depp, Doug Ellin’s Kissing a Fool opposite David Schwimmer, Polish Wedding opposite Claire Danes, and Robert Benton’s The Human Stain opposite Anthony Hopkins. In the year 1999, she portrayed a Bosnian rape victim in the pilot episode of the long-running NBC legal drama, Law & Order: Special Victims Unit. In fact, Avital appeared in three other episodes of the series: “Parasites”, “Manhattan Vigil”, and “Depravity Standard”.

In addition, she also appeared in the Law & Order: Criminal Intent episode “Palimpsest”. Recently, she appeared in the 2012 ABC television series 666 Park Avenue. Likewise, Avital played Cordelia in King Lear at the Electric Lodge (Venice, California) in a 2006 production directed by Patsy Rodenburg.

Whereas, her directorial debut, the short documentary I Think Myself I am All the Time Younger, received its world premiere at the 2004 Tribeca Film Festival in New York. Besides that, Avital began her professional career on stage during her senior year in high school, in Dangerous Liaisons at the Cameri Theater in Tel Aviv.

Mili Avital was first introduced to Israeli audiences in the title role of Yael’s Friends, a television film. Her work in Israel includes the cult comedy Ahava Colombianit (Colombian Love), as well as Noodle.

Avital stars in Prisoners of War (aka Chatufim), a Keshet prime-time Israeli TV series, on which the American television series Homeland is based.  Therefore, Avital took part in a comedy series, Landing on Their Feet, for Keshet, alongside Shani Cohen (Eretz Nehederet).

Mili Avital earns a huge sum of income from theater and motion pictures. Her net worth is no less than a million. However, her exact figure of net worth and salary is not disclosed.

Mili Avital has a height of 5 feet 4 inches. Additionally, she weighs 53Kg. In addition, she has a measurement of 30-25-34 inches and her bra size is 36A. Mili’s hair color is brown and her eye color is brown.

Also, read the affair, salary, the net worth, controversy, and the bio of Inbar Lavi, Gal Gadot, Natasha Lyonne