Milo Yiannopoulos at present is possibly single. He was once gay but during an interview in 2021 with LifeSiteNews, he said now he is not into men.

He said that now dogs don’t bark at him and he can declare himself as an ex-gay.

Previously, he married his husband, John now a roommate in Hawaii. The wedding took place on 30 Sep 2017 and they dated for quite a long time. 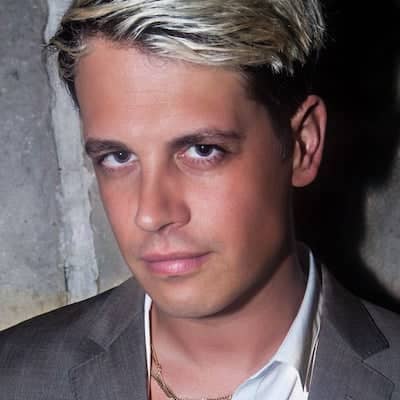 We live in a post-fact era. It's wonderful. The Washington Post gives a truth check, and no one cares. Now you have to use the truth and other strategies

Black Lives Matter is the culmination of racial divide. They're nothing more than the last socially acceptable hate group in America

Let's be clear about one thing. Non-college educated doesn't mean stupid. It means you wisely chose not to pay $40,000 a year to be lectured on microaggressions.

Who is Milo Yiannopoulos?

Milo Yiannopoulos a British writer and activist. He was an editor for Breitbart News.

He took part in movements like Far-right, Alt-right, and Alt-lite.

During his childhood, he was assaulted by an older man. To cope up with this, he said that sexual relationships between boys and adult men and women can be consensual. He added that it will be a positive experience for the boys.

This statement led the public to believe that he supports pedophilia. Milo is against Feminism and called it cancer.

He was born as Milo Hanrahan on 18 Oct 1984 in Kent, England. His other name is Milo Andreas Wagner.

The name of his mother and his father’s name is under the rug. But they separated when Milo was a child. His family was economically stable but emotionally unstable.

His mom along with his step-father raised him. But he once said that he does not that connection with his second dad.

Milo’s ancestry is Greek-Irish and as per his academics, he went to Simon Langton Grammar School for Boys.

he then enrolled at the University of Manchester but never graduated. Also, he went to Wolfson College, Cambridge, but was expelled in 2010.

Milo Yiannopoulos after his uncomplete education worked for The Catholic Herald and The Daily Telegraph. He founded The Kernel in Nov 2011 but was closed in 2013 due to unpaid wages to employees.

It was later reopened in 2014 and was bought by Daily Dot Media. From here, he was appointed by Breitbart in its Tech section. He worked for three years and was fired in 2017 due to the Gamergate controversy.

His net worth is estimated at around $100 thousand at present. However, his salary and other earnings are unknown.

This activist has not paid to many parties. As per the report of 2018, he is liable to pay a total of $2 million. His debtors are his own company and the amount is $1.6 million. He also ahs to pay $400,000 to the Mercer Family Foundation, $153,215 to his lawyers, and $76,574 to former collaborator and Breitbart writer Allum Bokhari.

In addition, he owned $20,000 to the luxury brand named Cartier.

Regarding Milo Yiannopoulos’s body features, his height is 6 ft 1 inch and his body weight is average.

Moreover, his eyes are dark brown, his hair color is black, plus he has skin complexion is medium.

Milo was available on social sites except. But he was permanently banned by Twitter in 2016 and by Facebook in 2019.

Also, he is active on YouTube with more than 819k subscribers and is not present on Instagram.