Mindi Abair is an American saxophonist, author, radio host who has worked with international artists. Mindi is married to Eric Guerra. 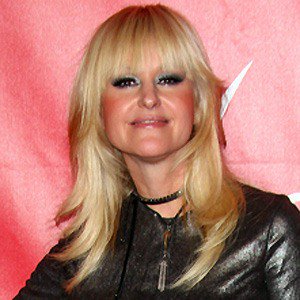 Getting married changes a lot of aspects of your life.

My dad is a big fan of what I do. He's funny. I'll show demos and stuff as we're making a record so he'll give his two cents. Sometimes we'll take his two cents and sometimes we don't. So he'll call me from the car, he's done this a few times, [and say] 'You know, the CD is just really great. I can't stop listening to it.'

Talking about her relationship status, Mindi Abair is married to Eric Guerra on 25th May 2019.

Eric is his sweetheart and her business and wine partner. The couple has a music business which they perform in Reserve Tastings. They are happily married for two years.

Previously, she was married to Jason Steele on 23rd April 2005. Jason is a film director. However, the couple divorced after living together for over a decade.

Who is Mindi Abair?

Mindi Abair is an American smooth jazz saxophone, vocalist, author, and National Trustee for the National Academy of Recording Arts and Sciences.

Besides that, she is well known for her contributions to a variety of different acts, including Duran Duran.

Mindi Abair was born in St. Petersburg, Florida, the United States on May 23, 1969, to parents Lance Abair and Linda Abair.

Her father was one of the musical band members and he is a big fan of Mindi’s work. Her parents have been a big support to her.

There is no information about her siblings. She belongs to American nationality and English ethnicity. Her birth sign is Gemini.

Talking about her profession, in 1991, she began booking her band into clubs, coffee shops, and hotels. Similarly, she also played solo on the street at 3rd Street Promenade in Santa Monica, California, and garnered the attention of jazz keyboardist Bobby Lyle.

Likewise, her touring opportunities expanded over the next decade, as she toured as a saxophonist/singer and keyboardist with Adam Sandler, John Tesh, Jonathan Butler, Teena Marie, Rick Braun as well.

Eventually, she also released her first completely solo album, Always and Never the Same, an all-vocal pop record, independently. During 2003, she also signed to Verve Records and released the album It Just Happens That Way. Likewise, her single “Stars” (co-written and produced by Matthew Hager).

Similarly, she also released “Hi-Fi Stereo” in 2010. During 2013, she collaborated with Dave Koz, Richard Elliot, and Gerald Albright on the album Summer Horns.

In 2014, she also released “Wild Heart” on Concord Records imprint, Heads Up International. Additionally, the record, which included collaborations with the late Gregg Allman, Joe Perry, and Trombone Shorty.

Moreover, in 2017, the group announced their first studio project via Randy Jacobs’ website. Besides that, during 2007, he took over the nationally syndicated radio program Chill with Chris Botti. Unfortunately, the name changed to “Chill With Mindi Abair,” which she hosted from 2007 to 2015.

As of 2020, Mindi’s net worth is estimated to be from $1 Million – $5 Million according to the sources. Whereas her salary is under review.

On talking about her body measurements, Mindi’s hair color is blonde and her eye color is dark brown. Her height, weight, and shoe sizes etc are unknown.