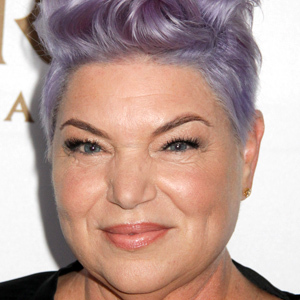 So that's my philosophy: If you believe in yourself, the chances and the opportunities will come around

You're grateful and appreciative that people liked you and remember you.

Currently, as of pieces of information, we found that Cohn is Single and very happy with her Single life.

Who is Mindy Cohn?

Mindy Cohn is an American actress, voice actress, comedian, and singer. She is known for her role as Natalie Green, the student of Edna Garrett (played by Charlotte Rae) in the long-running sitcom, The Facts of Life, and for being the voice of Velma Dinkley in the Scooby-Doo franchise from 2002 to 2015. She resides in Beverly Hills.

Her birth name is Melinda Heather “Mindy” Cohn. She was born in Los Angeles, California, on May 20, 1966, and was raised as a Jewish. Her mother’s name is Ina Cohn and father’s name is Nat Cohn. She seems to be a single child as there is no information on her siblings.

Mindy Cohn has a degree in Cultural anthropology from Loyola Marymount University and is a founding member of the weSpark Cancer support center.

Mindy Cohn Early Career, Mindy was discovered by actress Charlotte Rae when Rae and producers of The Facts of Life visited “Westlake School” in Bel Air, California, while doing research for the show Cohn was cast as Natalie Green and portrayed the character for the series’ entire run (1979-88), as well as the reunion movie (2001).

Her work on The Facts of Life was honored when she was ranked 43rd on VH1’s List of 100 Greatest Kid Stars. She said 2013 with Charlotte Rae falling in love with Mindy’s character. “Mr. Reynolds calls me into his office. It seemed that Charlotte Rae had fallen madly in love with me, in part because I reminded her of her best childhood friend Natalie-and I was irrepressible, charming, and hilarious.

So she asked the producers to create a part for me in the show. Honestly, the whole thing seemed so fantastic I didn’t know what to think”. After the show, she still remains friends with Rae. Just 2 months before her acting mentor’s 90th Birthday in 2016, when Mindy Cohn was unavailable to attend The Facts of Life reunion interview, she even bestowed Rae a video message passing her decades-long friend for teaching Cohn the craft of acting.

Now Later career, Mindy Cohn has the acting career outside of The Facts of Life. In 1984, she a leading role as the daughter alongside Stockard Channing in RKO’s video production of “Table Settings”. In 1986, Mindy appeared in The Boy Who Could Fly playing the part of Geneva.

Mindy Cohn said that one of the reasons she did The Facts of Life Reunion in 2001 was that the actors in the long-running series have been wrongly denied a cut of the syndication and DVD profits from the series,  “We all never got paid and still don’t get paid for DVD and returns… we felt we were owed”. Cohn reprised her Velma Dinkley role in “Lego Dimensions”.

In 2003 Cohn was nominated for a Daytime Emmy Award for her work on the TV show What’s New, Scooby-Doo?, for which she provided the voice of Velma Dinkley. She reprised her role of Velma on Scooby-Doo! Mystery Incorporated and in several Scooby-Doo movies.

Mindy Cohn also received a positive notice from Variety for her role in the 2007 Daniel Water’s comedy film “Sex and Death 101”.

Mindy Cohn has the Net Worth of $600 thousand dollars.

Mindy Cohn also has never been into unnecessary controversy till date.

Looking for the physical presentation of Mindy Cohn’s, Her height is noted to be 5 feet 1 inch. Mindy Cohn body measurement and figure size are not available. She has dyed blue hair color and blue eye color.