Mindy Kaling is an actress, comedian, and writer. She was dating BJ Novak for two years. She has two children. 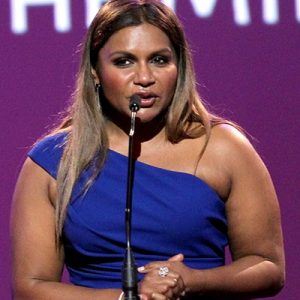 You should know I disagree with a lot of traditional advice. For instance, they say the best revenge is living well. I say it’s acid in the face—who will love them now?

Reflecting on the personal life of Mindy Kaling, she is currently single. Regarding her past relationships, she dated B.J Novak from 2005 to 2007. Moreover, she had four years of relations with Benjamin Nugent from 2008 to 2012.

In December 2017, her daughter, Katherine Kaling was born but she refuses to reveal the identity of the child’s father. She is also blessed with a son, Spencer. She gave him birth on 03 Sep 2020.

Who is Mindy Kaling?

Mindy Kaling is an American actress and comedian. She is the creator and star of the sitcom The Mindy Project. She is also popular for starring on the NBC sitcom The Office.

Unfortunately, her mother died in 2012 because of pancreatic cancer. She also has an older brother and her ethnicity is Asian (Indian).

In 2001, she graduated from Dartmouth with a bachelor’s degree in playwriting. She also studied Latin.

Mindy Kaling’s career did not begin brightly as she was working as a production assistant which she described to be depressing. In 2002, she acted in the play called Matt & Ben, which was named one of Time magazine’s “Top Ten Theatrical Events of The Year“.

In 2004, she was hired as a writer-performer for The Office.  She debuted in the series portraying the role of Kelly Kapoor. Moreover, due to her impressive dedication and talent, she was promoted to full executive producer for the show. In 2011, she was the writer and the producer for The Mindy Project which ended in 2017.

In addition, she has made many appearances in films such as The 40-Year-Old Virgin, License to Wed, Night at the Museum, No Strings Attached and much more.

As of now, she has an astounding net worth of $18 Million but her salary is unknown.

Because of her strong personality, she was one of Time magazine’s most influential people in 2012.

Unlike other actresses, she has neither been into any rumor nor controversial sufferings in her life. She has been able to maintain a very good public image.

Mindy Kaling delivers her second child on 3 September 2020! Like her first child, the father of this child unknown!