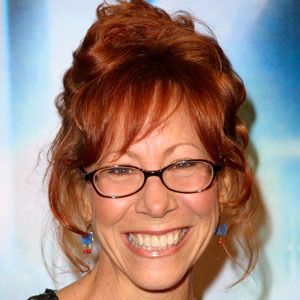 I know it was harder for me taking care of my dad during his cancer than it was going through my own. You feel more helpless as a caregiver.

Breast cancer is scary and no one understands that like another woman who has gone through it too.

It is so important to talk about your cancer and the feelings you have about it.

Mindy Sterling is currently single. She was previously married to Brian Gadson but their exact date of marriage is still unknown. The couple welcomed a son named Max Gadson in 1994. Max is also a stand-up comedian who began his career in May 2016.

Who is Mindy Sterling?

Mindy Sterling is an American actress and voice actress who is best known for her roles as Frau Farbissina in the ‘Austin Powers’ series, Ms. Endive in the Cartoon Network Series ‘Chowder’, and Miss Francine Briggs on ‘iCarly’.

She was born on July 11, 1953, in Paterson, New Jersey, USA. Her birth name is Mindy Lee Sterling and she is currently 65 years old. Her father’s name is Dick Sterling and he is an actor and a comedian. Mindy’s mother’s name is June Vincent “Bookie” and she is a dancer. She has a brother named Mark Sterling. Her father encouraged her to perform and she credits him for giving her timing to be a successful comedian.

Mindy holds American citizenship and her ethnicity is Ashkenazi Jewish.

Talking about Mindy’s education history, she has not disclosed educational institutions names which she attended. However, she has joined The Groundlings which is a comedy troupe.

Likewise, she appeared in one of the comedians from 1990 to 1991 in the satirical show ‘On the Television’. Later, she portrayed the role of Arlene Scott in the show ‘My Own Worst Enemy’. In addition, she appeared in ‘The Suite Life of Zack & Cody’, ‘Joey’, ‘iCarly’, ‘A.N.T. Farm’, etc.

She was nominated for Primetime Emmy Award in the category Outstanding Actress in a Short Form Comedy or Drama Series for ‘Cod Man’ in 2017, won BTVA People’s Choice Voice Acting Award in the category Best Vocal Ensemble in a Television Series- Action/Drama for ‘The Legend of Korra’ in 2015. Also, she won awards and nominations several times in her career.

Mindy Sterling has a height of 5 ft. 3 inches and she has green eyes and red hair. But, other information regarding her weight, body measurement, etc. are not available.