Updated On January 18, 2023 | Published By: Meredith Nardino
Share this
Divorce 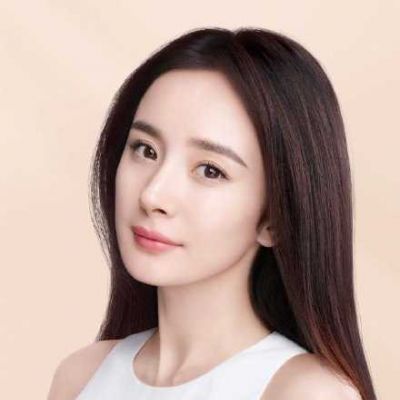 What is the relationship of Mini Yang?

The marvelous Chinese actress Yang Mi is currently single as per the sources. Previously, she has been married to Hawick Lau. The couple started dating in 2012. The couple got married in Bali Indonesia on 8 January 2014. Later, in June 2014 she gave birth to their daughter Noemie Lau at the Hong Kong Adventist Hospital.

However, the couple, unfortunately, could not make their marriage life successful and got divorced on 22 December 2018. They announced their divorce in a joint statement released by Chinese entertainment and media company Jiaxing Media.

Who is Mini Yang?

Mini Yang is a Chinese actress and singer. She made her acting debut in 1990 in the historical television series Tang Ming Huang.

She is referred to as one of the “New Four Dan Actresses” by the Chinese newspaper Southern Metropolis Daily.

Yang Mi was born on September 12, 1986, in Beijing, China, and her current age is 36 as of 2022. She belongs to the Chinese nationality and follows the Buddhism religion. According to the astrologers, her zodiac sign is Virgo.

The actress graduated from the now-defunct Beijing Xuanwu Experimental Primary School. And then she went to Beijing No.14 middle school from 2002-2005. Later, she joined Beijing Film Academy in 2005 and graduated in 2009.

Mini started her acting career at the age of four, in the historical television series Tang Ming Huang. And then, she had a minor role in “King of Beggars” (1992). Two years later, she starred in the television series Hou Wa. Similarly, she started working as an advertising model in 2001.

She started her official acting debut in 2003 in “The Story of a Nobel family”. However, she rose to fame from her role as a Nie Xiaoqian in the legendary drama Strange Tales of Liao Zhai (2005).

Among them, she receives acclaim for her acting performance in the drama “Eternal Love”. The fantasy-romance drama was a massive hit both locally and internationally. After that, she starred in the science fiction thriller “Reset” produced by Jackie Chan. She ranked third on “Forbes China Celebrity 100” list for the year, her highest ranking yet. Furthermore, her 2020, historical fantasy drama “Novoland: Pearl Eclipse” also got hugely popular among viewers.

Equally important, Yang has also established her own agency, “Jay Walk Studio” in collaboration with H&R Century Pictures, since 2014. Moreover, she has also been involved in politics since 2021.

Mini Yang’s net worth in 2022 is estimated to be $20 million which she makes acting.  She has also appeared in a number of commercially successful films,  Her salary and annual income in under review.

Yang Mi is a famous and talented Chinese actress. She has received many awards and nominations acting career and she has won many of them.

She won more than 50 awards in her career. Some of them are “Best Original Sound Track”, “Most Popular Actress”, “Most Anticipated actress”, “Goddess Award”, “Most Influential TV Actress”, “Trendy Charisma Award” and so on.

The marvelous actress stands with the height 5 ft 6 inches tall and weighs 49 kg. She has a lean body type. Similarly, She has black hair color and also black eye color.

Simultaneously, She maintains her figure by eating a strict diet. In addition, she also does regular exercise to keep her body healthy. Her shoe size is 6.5.

Mini is a renowned person on different social media platforms. He owns her Instagram account under the name @yangmimimi912 and more than 976k followers have followed him.

Delegates suggest China to forget about family planning as the low birth rate could diminish their workforce drastically in coming years!

Five vocal male feminists who are in full support for their female colleagues when it comes to their safety at workplace and equality! Know them!